An Open Letter to Evangelicals: “We Need You” 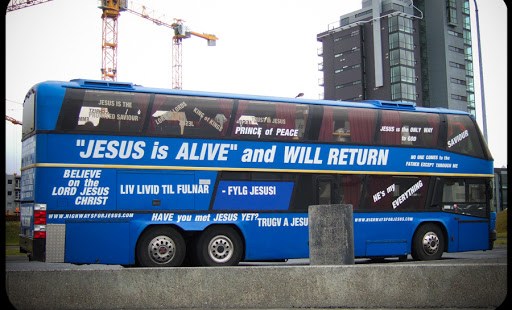 Another Catholic reformation is under way. You in?

To my evangelical friends,

I admire you. I really do. And you might be surprised that many other Catholics admire you, too.

But most of all, we admire your deep love of Jesus. What can possibly matter more?

These are all things the Catholic Church has, of course, but we Catholics don’t always live out our faith very well.

Yes, everyone has sin, evangelicals included (you’d be the first to admit this), but I know you’re the real deal because I was raised in an evangelical congregation and attended Wheaton College, the so-called “Harvard of evangelical schools.” Some of the most prayerful, loving followers of Christ I’ve ever known are evangelical Christians.

Nonetheless, in 2010, about a month before I graduated from Wheaton, I joined the Catholic Church.

Before I lose you, let me say this isn't just another conversion story – I’m going somewhere with this.

Which brings me to main point of this letter: we need you.

There are many parts of the Body of Christ, St. Paul teaches us in 1 Corinthians chapter 12, each with a unique but indispensable role. “The eye cannot say to the hand, ‘I have no need of you,’ nor again the head to the feet, ‘I have no need of you.’” (vs. 21) As baptized Christians, evangelicals have gifts the Church needs to effectively carry out her mission of saving souls – gifts we’re sorely missing out on.

I’m referring to a problem many of you are already troubled by: the Body of Christ is suffering in her witness of the Gospel because we aren’t united and working together.

Now, as I’ve explained elsewhere, I don’t think sola scriptura is good enough to establish unity among Christians. We’re several centuries into the Protestant project, and I think it’s clear to everyone it only leads to endless splintering, lowest-common-denominator pluralism, and lonerism. But not the Church.

But hold on a second, you say, isn’t the Catholic Church corrupt? Didn’t she need a reformation?

And that’s where you come in. We need your help with another authentic Catholic reformation.

You see, the Protestant reformers weren’t the first people to seek Christian reform. Many of the Church’s greatest saints were reformers during times of terrible corruption and unfaithfulness. You might already look up to some of them: St. Gregory the Great, St. Benedict of Nursia, St. Catherine of Siena, St. Ignatius of Loyola, St. Francis of Assisi, and many others.

But don’t you remember the message St. Francis of Assisi heard from Jesus? If you’re unfamiliar with the story, he was praying in a small, crumbling country chapel when Jesus spoke to him from the crucifix, “Francis, repair my Church, for it is in ruins.” Francis originally took this to be a command to repair the church building, but it became clear as time went on that God had called him to reform the Church spiritually.

Notice Francis was called to repair the Church, not start a new one. We need to build up the Church Jesus founded, not take it on ourselves to start Church v.2.0.