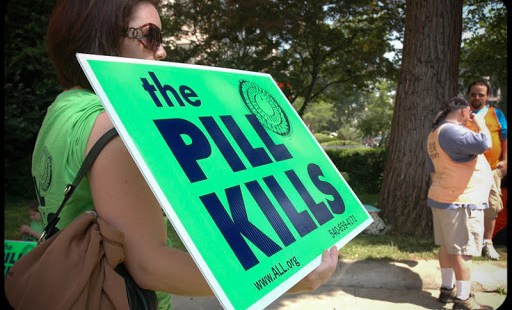 ​“They are not lobbying against contraception, they just do not wish to be forced to violate their beliefs and ethics.”

Following controversy over a Catholic-affiliated medical center’s rejection of contraceptive practices in Oklahoma, physicians have said that such institutions are trying to act with integrity.

“Catholic hospitals and health care providers do not prevent women from accessing what they want, they just don’t provide it themselves,” Lester Ruppersberger, a Pennsylvania physician and vice president of the Catholic Medical Association, said April 3.

“They are not lobbying against contraception, they just do not wish to be forced to violate their beliefs and ethics.”

He told CNA that those who do not agree with Catholic medical ethics “are not being deprived” and “do not have the right to expect or force (Catholic health systems) to provide what they cannot and will not.”

Catholic ethics became the focus of controversy in the northeastern Oklahoma city of Bartlesville in late March when reports claimed that doctors affiliated with Jane Phillips Medical Center were directed not to prescribe birth control.

Reports attributed the policy to Ascension Health system, the new sponsor of the St. John Health System, of which the medical center is a member. Ascension Health’s sponsors include five Catholic religious congregations.

A March 31 statement from St. John Health System said it operates “consistent with Catholic health care organizations” and in accordance with Catholic ethical and religious directives. It “therefore does not approve or support contraceptive practices.”

However, the health system added that only physicians are licensed to practice medicine and make medical judgements. Although its physicians “agree to abide by the directives,” they can prescribe medications “in accordance with their independent professional medical judgment.”

The medical system said such actions includes informing patients that they are acting on their own professional judgement and “not on behalf of St. John Health System.”

Critics of the medical center objected that the policy hindered access to contraception and other services. They said that the policy could drive patients away from local doctors and hurt the local economy.

One Bartlesville woman, speaking anonymously to the Bartlesville Examiner-Enterprise, said she did not think a religiously affiliated hospital is “good for Bartlesville,” and a local pediatrician, Ray Harris, said he believes Catholic tenets are “medieval and barbaric,” adding that the policy would require those who desire contraceptives to leave town.

Peck, a member of the Catholic Medical Association, said that contraceptives and morning-after pills do not prevent disease.

“Fertility and children are not diseases,” she told CNA April 3.

She said that contraceptive use is bad for women’s health and their relationships, noting some studies indicating an increase in breast cancer and cervical cancer risk, the risk of strokes and blood clots, and occasionally death.

Ruppersberger said that Catholics understand that contraception “violates the meaning of the marital act” by separating procreation from the unitive dimensions of marital relations.

Peck labeled as “short-sighted,” concerns that the Catholic-affiliated medical center policy will hurt the local economy by driving business elsewhere.

She said money from obstetric and pediatric services for children helps contribute to the town’s economy, as does the labor of the children after they grow up.

She said Catholic health systems “promote family life, which is the heart and soul of every town,” and that Catholic health care provides a necessary counterweight to “an increasingly secular and utilitarian society.”

“True ethical and moral applications of these principles will never violate the dignity of the person and the value of life, both at beginning and end of life.”