Why It Matters Pope Francis is the Son of Immigrants 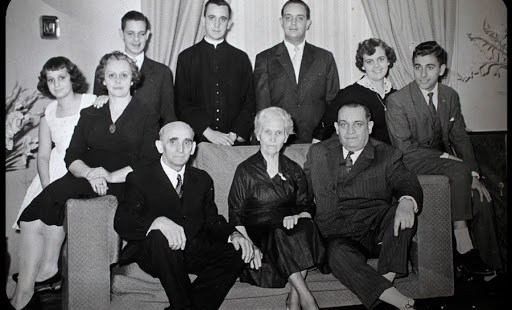 Are we guilty of taking part in the culture of indifference?

Jorge Mario Bergoglio, known today as Pope Francis, is the son of immigrants.

Although he does not speak perfect English, he is fluent in the “language of [his ancestors’] memories.” At home, he maintains the familial traditions: his sister claims he makes the best cotolette alla milanese, which he learned from his mother; he relishes rounds of his father’s favorite pastime, a card game called briscola; and, he can recite verses from Giovanni Costa (1826-1903) in Piedmontese. In particular, he is fond of that painter’s poem “Rassa nostrana,” which he learned perched upon the laps of his grandparents. Part of it reads:

(Straight and sincere, what they are is what they seem:

They say little but know what they are saying;

although they walk slowly, they travel far.)

That poem epitomizes the portrait of the immigrant: proud, hard-working, purposeful, and determined. But, if the “language of [Jorge’s ancestors’] memories” expresses itself through cultural observances and an ethic of hard work, it is the tradition of faith that forms that language’s innermost grammar.

His grandparents taught him that grammar of faith as a child, instructing him in the catechism and the creed. Years later, but not before living a romance rivaling the imagination of Manzoni, it would move him to become a priest. Now, among his few personal artifacts, such as his well-worn edition of the Church’s Divine Office, he preserves his beloved poem alongside his grandmother’s hand-written testament of faith.

In that testament, Rosa Margherita Vasallo told her grandchildren that,

“If someday sorrow, sickness, or the loss of a beloved person should fill [them, “to whom {she} gave the best of {her} heart”] with distress, let them remember that a sigh directed toward the tabernacle, where the greatest and noblest martyr is, and a look at Mary at the foot of the Cross, can make a drop of balm fall on the deepest and most painful wounds.”

Rosa’s grandson staked his life on that testament. Decades after those words were written, and even after Blessed Pope John Paul II named him the Cardinal Archbishop of Buenos Aires and the Primate of Argentina in the winter of 2001, he continued to remain close to those in the shadow of the Cross.

He declined to live at the cardinal’s mansion, taking up a simple arrangement in the villas miserias of Buenos Aires instead, residing alongside the poorest of the poor. During the winter months, he would use his kitchenette’s stove to heat his small apartment. In lieu of a chauffeur-driven limousine, he would travel on mass transit, taking on the smell of his sheep. Oftentimes, he would duck into a church as he traveled between home and office, seeking spiritual sustenance there.

Before Jesus in the tabernacle, he would sense a connection with his past, his present, and his future – with the faith of his ancestors and the hope of his pilgrim people on sojourn in Argentina, "the blessed land of bread." And, he would remember the faith of his grandmother and mother, in particular.

Although the descendant of Italians, he would be known among the people of Buenos Aires as “Padre Jorge.” But, on the evening of March 13, 2013, he would introduce himself to the world as Papa Francesco – Pope Francis.

After his canonical election inside Michelangelo’s Sistine Chapel, and while the teeming throngs of pilgrims waited to greet him in St. Peter’s Square below, a close collaborator of the new pope urged him, “Do not forget the poor.” The following morning, he would go on pilgrimage to the Basilica of Santa Maria Maggiore in order to entrust his new flock to the