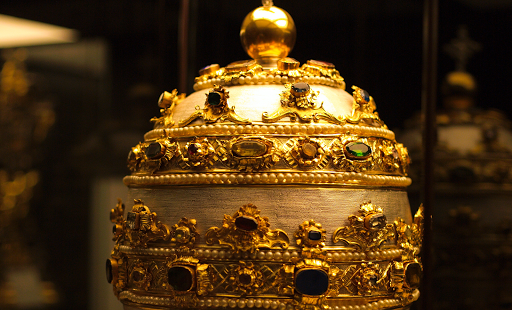 Will the intolerance and ideology of Catholic Chauvinists help bring on a persecution?

In the months since Aleteia was kind enough to publish “Illiberal Catholicism” and re-publish “The Shame of the Catholic Subculture,” the phenomenon of Illiberal Catholicism has been recognized in many other venues—and a number of figures have seen fit to align themselves with the movement, ranging from pseudonymous bloggers to a professor at Notre Dame—who went so far as to argue that Hobby Lobby deserves to lose its religious freedom case against the Feds because it is part of the corrupt, capitalist order. (The professor in question is not named Douglas Kmiec—though you should look for him as President Hillary Clinton’s Ambassador to the Vatican or to Malta.)

So I thought it was time for an update, addressing the major points that have been raised by self-proclaimed Illiberal Catholics, in the form of a dialogue with a thinly dramatized representative of that strain of thought, which rejects the religious, personal, and economic freedoms championed by America’s founders, in favor of a politicized version of the Faith—a Catholic-ism that is truly an “ism,” just like socialism or fascism, which gives some disgruntled or disenfranchised Catholic Americans a pretext for their failure to defend and advance the Faith in the time and place where God saw fit to place them.

Q: Who makes you angry?

A: People who disagree with me make me angry.

Q: Why do they make you angry?

A: Because they offend the integrity of eternal truth and lead souls into eternal damnation.

Q: No. Really. Why do they make you angry?

A: Because they represent the face of modernity which places the rights of man over and above the honor of God.

Q: Seriously. There’s nobody here but us two. Turn off the Catholic Bull***t Generator for a moment. Why do they make you angry?

A: Because they have vastly more influence than I do, lead more entertaining lives, and have more opportunities for leisure.

Q: And that is a grave injustice.

A: Pleasure, and wealth, and cultural power are radically maldistributed, and it is time for philosopher kings to intervene in the anarchic space of the Darwinian materialist Adam Smith neoconservative free market to redistribute these goods, which Aquinas said are the common property of mankind, to those of us who have been deprived of our just wages by the Judaeo-Masonic Americanists and the military industrial complex. That is why I consider myself a Distributist.

Q: By which you mean… that you borrowed $41,000 to get a bachelor’s degree in the liberal arts, and you’re still living with your parents at age 28, and you’re sick of haunting Catholic “young adults” events in the vain hope of finding a mate?

A: That is a completely irrelevant ad hominem attack, which ignores the substance of my critique. If you were to read my blog, you would see that your heretical notions derive from the decadent late scholastic embrace of the notion that man’s earthly good can be separated from his eternal destiny….

A: Currently there is no one willing to offer me what I consider a just wage for my labor. So I produce apologetical works via social media and other online sources, and solicit contributions to support my apostolate.

A: The value of my work should not be arbitrarily determined by the blind forces of a materialistic market, which permits the subjective assessments of strangers to set the compensation for my labors. In a truly Catholic community that recognized the Social Reign of Jesus Christ as King, the proper authorities would know how to weigh my efforts against those of the pornographers, empty entertainers, and crassly secular commentators who are currently rewarded at an obscenely disproportionate rate for their work, which tears souls down instead of building them up.

Q: So a good government would pay you a solid wage for your philosophical writings, whether people wanted to read them or not?

A: What people want and what is wholesome and conducive to their souls are clean different things. Or are you in favor of legalizing heroin?

Q: There are many different kinds of opiates. I think that the one you are peddling is a niche variety, with limited appeal.

A: Ah, so you are echoing Marx, in calling religion the opiate of the people?

Q: Not at all. I question whether what you are peddling is religious in any meaningful sense of the word.

A: I am standing against the apostasy of the post-conciliar embrace of classical liberalism, and demanding that society submit itself to eternal Truth.

Q: Or you are simply pounding on the table demanding your own share of the pie, which if people won’t grant you freely, you want the state to take from them and hand over to you?

A: You have a disordered love of freedom.

Q: As opposed to a disordered love of power.

A: Power should serve the eternal Truth.  No one who has not studied philosophy, as I have, has any business wielding power.

Q: With the HHS mandate threatening to close down Catholic institutions, do you think it is prudent to be denouncing the one constitutional principle, religious freedom, that Christians are using to try to preserve themselves?

A: I support the efforts of Catholic apostolates and non-profits to preserve their liberty.  But I have no patience for Protestant businessmen who open up box stores in tacky strip malls in sterile subdivisions, profiting from the godless capitalist order, pretending that their businesses are entitled to the same protection as Christ’s One True Church.

Q: Do you think that Vatican II taught heresy when it said that the use of coercion by the state in matters of religion is a violation of natural law—you know, like sodomy or (even worse) contraception?

A: Vatican II was a merely pastoral council, which must be interpreted in the light of sacred tradition, not in a hermeneutic of discontinuity.