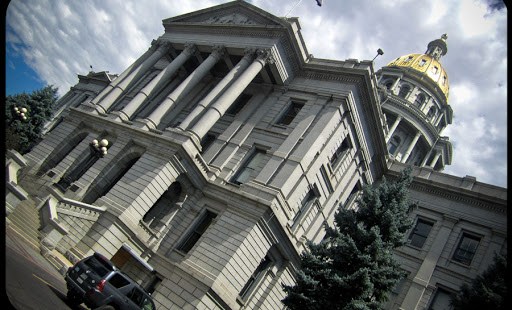 A Colorado Senate committee has advanced legislation that could bar any new pro-life laws in the state, prompting criticism that the bill is extreme and would prevent reasonable health and safety-based regulations.

Jenny Kraska, executive director of the Colorado Catholic Conference, said the bill would “set back the pro-life cause in Colorado greatly.”

“Not only would it undo good prolife laws that we already have enacted, but it would hinder the ability for any good measured policies in the pro-life arena to even be enacted,” she told CNA April 10.

The bill’s “extraordinarily broad” definition of reproductive health care would create a “fundamental right” to anything defined as such, including abortion.

The Catholic conference said the bill could affect many laws including parental notification or involvement laws, conscience protection laws, and requirements that only licensed physicians perform abortions. The bill could affect laws concerning maternal health, as well as government programs and facilities that pay for or promote childbirth without subsidizing abortion.

The bill would bar state agencies and local government from having a policy that “denies or interferes with an individual’s reproductive health care decisions.”

“Given the current political climate in Colorado, I would say there is a very good chance this bill would pass in its current form,” Kraska warned. She urged Coloradans to contact their legislators and “make their voice heard” in opposition to “such a broad expansion of Colorado’s pro-choice laws.”

The Democrat-controlled Colorado Senate Health and Human Services Committee passed the bill by a 4-3 vote at the end of an April 10 hearing, splitting along party lines.

Committee member Sen. Jeanne Nicholson, a bill sponsor, explained her support for the bill, saying, “The only thing I do not tolerate is intolerance and it is obvious to me that any time we are imposing our views on another person’s reproductive health rights, we are not respecting their view.”

The pro-abortion group NARAL Pro-choice Colorado said in an action alert that if the bill passes, it will be the first law of its kind in the country.

“Do we mean every human being?” he asked, saying if the meaning of “individual” is meant to exclude the unborn, then “their fundamental right to life is being jeopardized.” He said the bill “presumes that the unborn human being has no rights.”

The bill’s proponents did not address how the bill affects the unborn.

The bill’s other sponsors are State Sens. Andy Kerr and State Reps. Dianne Primavera and Mike McLachlan, all Democrats.

Jessica Haverkate, vice president of Colorado Family Action, told CNA that the bill is “a radical attempt to sweep aside existing laws and to prevent the state from enacting true protective measures for women in the future.”

“This legislation poses an undeniable and irreparable danger to common-sense laws supported by a majority of Americans,” she said April 10.

Natalie Decker, an attorney with the religious freedom group Alliance Defending Freedom, told those present at the hearing that her organization is “very concerned” about the impact of the bill. She characterized the legislation as “deceptive” saying it should be called the “abortion on demand act.”