Skip the Sanitized “Heaven Is For Real” Movie 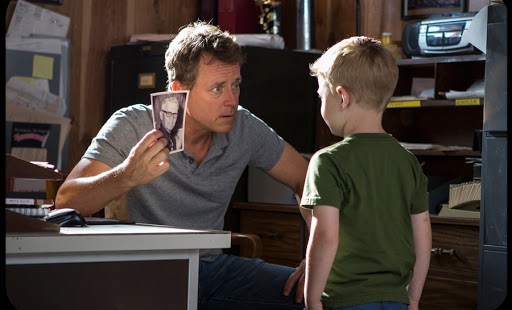 I think it might actually kill Hollywood if they ever make a faithful Christian movie.

Before I was invited to an early screening of Heaven Is For Real, I honestly had almost no interest in the movie or the best-selling book on which it’s based. It purports to be a private revelation of heaven and (1) my default approach to alleged private revelations is skepticism, and (2) even if the story is true, it can’t add to the complete revelation of Christ anyway. I have other books to read, so what’s the point?

Now that I’ve both read the book and seen the movie, I can say the book is actually quite interesting and mostly innocuous, but that the film is a waste of time and probably harmful.

For those unfamiliar with the incredible cultural phenomenon that is Heaven Is For Real, the book was published in 2010 and tells the story of a 4 year old boy, Colton Burpo, who visited heaven during a life-saving emergency surgery. He says he saw Jesus, God the Father, God the Holy Spirit, John the Baptist, Mary, various angels, and even Satan.

What makes the story compelling, though, is that Colton also shares information from his experience that his parents conclude he couldn’t have otherwise known about, such as what his parents were doing during his surgery, the fact his mother had miscarried a child before he was born, what his father’s grandfather looked like, and various biblical and theological concepts. The final coup de grâce in convincing his parents of his experience is that he points to a painting by another young child who claims to have seen Jesus as most accurately depicting what Jesus looked like.

There are some quirky things about Colton’s story – he says everybody in heaven has wings, and seems to say people won’t be resurrected unless they go to heaven – but it’s well written and easy to read, which explains why the book has sold millions of copies and was on the New York Times best-seller list for weeks. In the last few years, the family has also released a children’s picture book version, founded Heaven Is For Real Ministries with Heaven Is For Real: LIVE events, and published a follow-up book answering various spiritual questions raised by the first book.

Its huge commercial success explains why the normally God-allergic Hollywood might be interested in making a movie about this story – though not, as it unfortunately turned out, without sanitizing it of anything that could possibly make an agnostic uncomfortable.

You see, in the book, Colton’s supernatural experience leaves him with a powerful zeal that people need to know Jesus before they die. When his father Todd, a part-time pastor in their small town, takes Colton to a funeral, Colton demands to know whether the man knew Jesus, saying the man has to have known Jesus or else he couldn’t go to heaven.

There was none of this in the film. Director Randall Wallace and screenwriter Chris Parker explained in an interview that the script actually included a similar scene, and that it was even filmed, but that it wasn’t kept in the final cut. Why?

“I felt the movie was saying that God’s love leaps over all of the fences,” Wallace explained, “and I wanted to draw people to the love of God, rather than to the exclusions from heaven, and that’s the way I saw it.”

This theme of God’s love meaning that people can’t be excluded from heaven is explicitly communicated in one particular scene in the film. Todd is sitting in a cemetery with a woman who lost her adult son in the military, and she asks him if he thinks her son went to heaven. Todd responds along these lines, “Do you love your son? [Yes.] Do I love my son? [Yes.] Do you think God loves my son who went to heaven as much as he loves your son?” The implication ends up being that since Colton went to heaven (albeit briefly), and since God loves both Colton and the woman’s son, the woman’s son must also have gone to heaven.