Vatican to Launch Webpage Detailing Work of Popes on Women 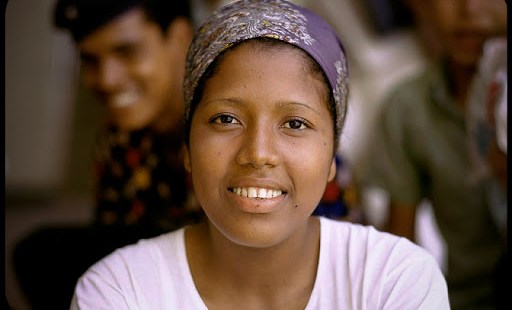 Vatican seeks to promote the role of women in the Church.

Leading up to the canonizations of Bl. John Paul II and John XXIII, the Pontifical Council for the Laity will publish a new webpage highlighting the emphasis both pontiffs placed on the role of women.

Referring to the upcoming canonizations, Ana Christiana Villa, a consecrated laywoman of the Marian Community of Reconciliation and head of the Womens' Department of the Council for the Laity, explained to CNA April 16 that the new webpage is designed to bring attention to the effect of the Popes' work through the voices of women themselves.

Containing testimonies from 11 women around the world, as well as writings on women from the Magisterium of both Roman Pontiffs, Villa explained that her office thought of the webpage because they wanted to create something “to commemorate the two Pope saints.”

“We thought to ask different women from around the world what they thought this canonization meant in general for the Church and in particular for Catholic women.”

“So we had a very beautiful group…from different countries and continents,” she said, who are “writing us with their reflections, their thinking, but also their testimonies of what these Popes have meant in their lives.”

A great desire for the webpage, Villa said, is to take advantage of “this historical opportunity of two Popes being canonized together, two Popes that are very recent Saints, that lived in our modern times.”

They both lived, she went on to say, “many of the challenges that we are living also today, and showed us their witness of how to live these challenges as a Christian, and with a deep Christian faith.”

“(It) is a very beautiful moment for us to raise the voices of women thanking them for their witness and also for the teachings they developed on women. They both have important roles.”

Recounting how the idea of webpage originally came about, Villa explained that it began when they were researching the works of John XXIII.

Drawing attention to his encyclical “Pacem in Terris,” which emphasizes the importance of peace in the world, the laywoman revealed that in the document, John XXIII also “wrote very beautifully” about “the presence, the growing presence of women in society and life.”

Observing how it was the early 1960s when the encyclical came out, Villa reflected that his words on women were “to be considered a sign of the times, and something beautiful.”

“So we started digging into what other things has he said about women, and so that’s how the idea came up of gathering a page of his Magisterium on women, which is not as large as (that of) John Paul II, but it is very interesting because it was the very beginning of many changes.”

Highlighting how at that time John XXIII was “already there as a father, as a brother in Christ, illuminating from the Catholic faith these new paths that were opening in the lives of women,” Villa expressed that “we want to bring light to that, that he did speak about women too, and he had something to say in those very first years of many changes.”

“And also, obviously John Paul II for women, and for women in particular in the Church, is a real father and a real point of reference,” she continued, adding that “his Magisterium has been so rich, so deep.”

“I think that it is informing and will inform for the years to come all the work for the dignity and vocation of women that is done in the Church but also in society.”

When asked if the page will remain a permanent part of the Council’s website, Villa responded, “yes, we’re going to leave it there.”

Revealing that the page will hopefully be launched the Thursday before the canonizations, the laywoman explained that “it’s going to be there as a permanent homage to these two Pope saints, and how they opened the ways for women each one in their own way.”