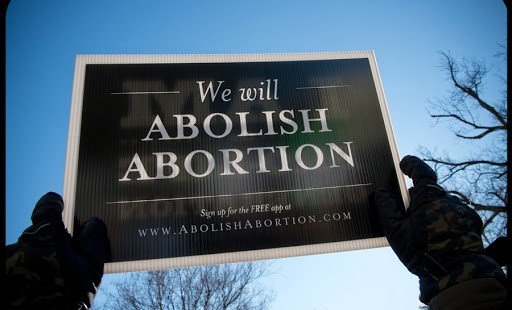 “Your voices matter and are needed in the public square now more than ever.”

Amid growing protests led in large part by the Catholic Church, the Colorado Senate on April 16 killed a controversial bill that could have banned all pro-life laws in the state.

“Lift up your hearts in gratitude to God,” said Denver Archbishop Samuel J. Aquila in a post on Twitter. “Blessings on everyone who prayed and contacted legislators! Stay involved!”

The legislation had passed committee on a party line vote. While the floor debate and vote were initially scheduled for April 15, they were delayed until the following day after Democratic State Sen. John Kefalas of Fort Collins went home sick. The Democrats control the Senate in the state by a single vote.

On April 16, however, Denver NBC affiliate 9 News reported that Kefalas – after voting in favor of the bill in committee – was saying that he was undecided about whether he would vote for it in the full Senate vote.

The leadership of the Colorado Senate subsequently spiked the legislation – setting it aside until May 8, while the legislative session ends May 7, so that the bill is effectively dead.

Originally introduced March 31, the controversial bill – S.B. 175 – only gained wide publicity last week. It sought to ban all new pro-life laws and regulations, including requirements for pre-abortion ultrasounds and restrictions on the RU-486 abortion drug.

Pro-abortion rights group NARAL Pro-Choice America, which backed the bill, had said that if it became law, it would have been the first of its kind in the country.

Opponents had argued that the bill was vaguely worded and could have had far-reaching effects. They said it could have affected laws requiring parental involvement or notification for a minor who is seeking an abortion, as well as conscience protection laws and requirements that only licensed physicians can perform abortions.

It could also have prevented abortion regulations aimed at protecting the health and safety of women and children, opponents said. The legislation could have affected government programs and facilities that pay for or promote childbirth without subsidizing abortion, they warned. School health clinic policies and abstinence education policies could also have been impacted.

Archbishop Aquila helped lead opposition to the bill, calling together hundreds of people at a prayer vigil and assembly outside the state capitol on the afternoon of April 15, when the measure was originally scheduled to be debated.

The archbishop defended the need to restrict abortion, calling the bill “extreme and dangerously ambiguous.”

“Coloradans are not against common sense regulations on abortions, and they should have the opportunity to be able to debate and pass those regulations,” he said at the gathering.

Opposition to the bill grew quickly and prompted many Coloradans to call their legislators.

Archbishop Aquila stressed the need for further action, noting the importance of voting and lay involvement in the political process.

“Too many times we have taken a back seat. Catholics, Christians and people of good will can no longer take a back seat. We are called to work for the good and for the true,” he said at the prayer vigil Tuesday.

The Colorado Catholic Conference released a statement on the evening of April 16 thanking everyone who prayed and spoke up about the legislation.

“It was your witness that made it possible to kill this horrible piece of legislation,” the conference said. “It is because of your willingness to engage the public square that we were able to defeat SB 175.”

“Your voices matter and are needed in the public square now more than ever; please remember what we were able to accomplish and continue to be involved and make your voices heard!”

The conference cited the words of Pope Francis, who said last September: “A good Catholic meddles in politics, offering the best of himself, so that those who govern can govern.”