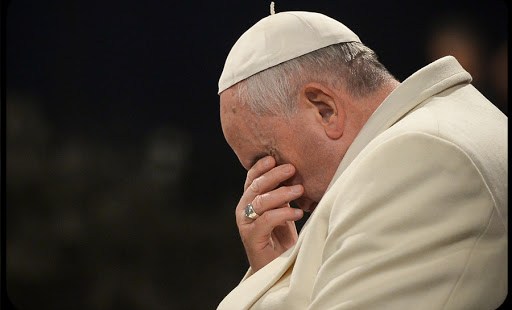 Recommendation: don’t get your theology from the secular media.

Following his election to the Papacy, Pope Francis quickly gained a reputation in the media as a kind of liberal superstar.  This was fueled, in large measure, by the “big interview” he granted to Jesuit publications, as well as by his famous “If a person is gay and seeks the Lord and has good will, who am I to judge him?” quote following World Youth Day.  However, more and more, the Holy Father is speaking clearly and decisively on important social issues, and belying the simplistic caricature the press has drawn of him.  More and more, he is demonstrating a continuity between himself and Pope Benedict, and showing himself to be perfectly Catholic on the crucial moral questions of our time.

The perception that the Holy Father was somehow more progressive than his predecessor on questions like abortion or gay marriage hit full throttle during his interview with Jesuit publications, when he said, “We cannot insist only on issues related to abortion, gay marriage and the use of contraceptive methods.  This is not possible.  I have not spoken much about these things, and I was reprimanded for that.  But when we speak about these issues, we have to talk about them in a context.  The teaching of the church, for that matter, is clear and I am a son of the church, but it is not necessary to talk about these issues all the time.”

At the time, most liberal media outlets believed the Holy Father was hereby “distancing” himself from the Church’s more controversial moral teachings.  They attempted to portray this as a break from Pope Benedict, who was painted as an inflexible archconservative in contrast to the more kindly Francis.

And yet, more and more, Pope Francis keeps making headlines for opposing abortion.  On April 11, Pope Francis issued his strongest condemnation of abortion yet to a gathering of Italian pro-lifers.  In his address, he quoted the forceful words of the Second Vatican Council’s document Gaudium et Spes: “Therefore from the moment of its conception life must be guarded with the greatest care while abortion and infanticide are unspeakable crimes.”  He praised the work of the Italian pro-life movement, urging them to continue their work in saving unborn children and upholding “the first and fundamental right of life.”

This is one of several public statements by the Holy Father in opposition to abortion since his election.  Another such statement was his address to a gathering of Catholic gynecologists last September, in which he declared, “In the fragile human being, each of us is invited to recognize the face of the Lord, who in his human flesh has experienced the indifference and the loneliness to which we often condemn the most impoverished, both in the countries of the developing world and in affluent societies.  Every child that is not born, but condemned unjustly to being aborted, has the face of Jesus Christ, has the face of the Lord…”  [emphasis added]

Furthermore, in his Apostolic Exhortation Evangelii Gaudium, widely heralded by the left for its criticisms of modern capitalism (criticisms, I will add, that were not too different from those offered by Benedict XVI and other Popes), the Holy Father gave another strikingly clear statement in opposition to abortion, declaring,


“Among the vulnerable for whom the Church wishes to care with particular love and concern are unborn children, the most defenceless and innocent among us. Nowadays efforts are made to deny them their human dignity and to do with them whatever one pleases, taking their lives and passing laws preventing anyone from standing in the way of this. Frequently, as a way of ridiculing the Church’s effort to defend their lives, attempts are made to present her position as ideological, obscurantist and conservative. Yet this defence of unborn life is closely linked to the defence of each and every other human right. It involves the conviction that a human being is always sacred and inviolable, in any situation and at every stage of development.”