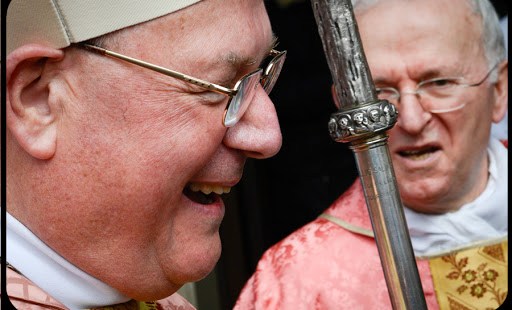 Lay Catholics on the East Coast have teamed up with a prominent cardinal to create ads for secular radio proclaiming the Church’s message to an audience who may not otherwise hear it.

“This is an incredible opportunity to have listeners on a secular news radio media hear a message that gives very tangible examples of the good in the Catholic Church – what it has been doing, what it is doing, and what it will continue to do,” said Deb O’Hara-Rusckowski.

A nurse by training, Rusckowski had seen the value of grassroots Catholic efforts when she helped Cardinal Sean O’Malley of Boston defeat a 2012 physician assisted suicide ballot measure in Massachusetts.

Also on the board of counselors for the Order of Malta – which works to defend the faith and care for the sick and poor – Rusckowski observed at a recent meeting that statements released by the U.S. bishops’ conference reach a limited audience when they are placed in Church bulletins.

She suggested that there was a need to get the message out to a wider audience, including those who may not be faithful Mass attendees.

Soon, Rusckowski was asked by the Order of Malta to work with the U.S. Conference of Catholic Bishops to do just that. She met with then-president of the bishops’ conference, Cardinal Timothy Dolan of New York.

They agreed that secular media presented an opportunity to evangelize by offering a positive message about the Church that people may not otherwise hear.

“We have an opportunity right now because of Pope Francis,” Rusckowski observed, adding that Catholics need to use this opportunity to share the Church’s message, including some of the beautiful but rarely-recognized work performed in the areas of health care, education, and charitable aid.

Rusckowski was then connected with Catholic Voices USA, a communications training group that works to equip lay Catholics to promote and defend their faith. The organization agreed to sponsor a special Holy Week ad to air 62 times on New York’s 101WINS during key “drive times,” with a reach of 4.2 million.

The one-minute Holy Week ad featured Mother Agnes Donovan, mother superior of the Sisters of Life, listing some of the Catholic ministries in the Archdiocese of New York, including the Little Sisters of the Poor, ArchCare, the Gianna Center for Women, and the Catholic Underground. The ad then shifted to Cardinal Dolan, who discussed the Beatitudes and explained, “We Catholics do what we do because he is who he is.”

Noting that “(a)ll Catholic social teaching comes from the words of Jesus on the Sermon on the Mount,” the cardinal emphasized following the example of Christ and offered an invitation to Holy Week celebrations in the archdiocese.

An additional ad was created for Easter Week, with Cardinal Dolan discussing the real presence of Christ in the Eucharist and inviting people to stop by a Catholic parish for adoration.

Rusckowski said that Cardinal Dolan is an excellent representative because of his strong and welcoming presence, and because “he is real and can relate to everyone!”

“Cardinal Dolan can teach in a way that is respectful to all and not condescending, no matter where one is on their spiritual journey,” she reflected.

Kathryn Jean Lopez, founding director of Catholic Voices USA, explained that the radio commercials are both “sharing and inviting.”