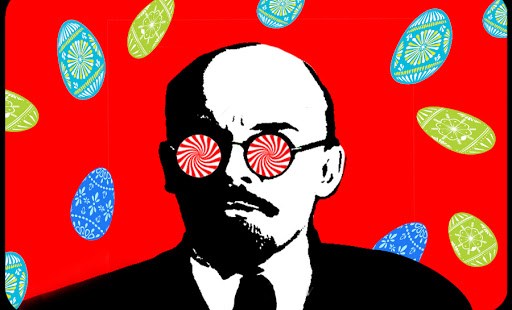 Just like our great-grandparents, we may well be on the brink of a civilization-busting war. And let’s not forget nukes are still on the table.

Just as it did almost exactly 100 years ago, the world dances on the precipice of an unthinkably ruinous war.

Again, the fate of millions could hang on the quarrels of squabbling Slavs, in a part of the world with little economic or strategic importance. Instead of Bosnia and Serbia, we watch Ukraine and Russia prepare for battle over the lines that divide Catholic from Orthodox Slavs, and pray that they reach some resolution. Your children’s safety, as of this writing, may very well rest on whether the pot-bellied pro-Russian thugs of the comic opera People’s Republic of Donetsk can be talked into putting away their Kalashnikovs.

This time, instead of poison gas, unlimited submarine warfare, and starvation blockades, we are armed with even blunter, more primitive instruments: “city-busting” nuclear weapons that were built for the most unthinkably evil purpose: to destroy every man, woman, child and animal for hundreds of miles around. The progress of our technology has shoved us backward morally, rendering quaint and meaningless such profound advances as international law, the rules of war, and constitutional requirements that Congress approve any declaration of war. Because of the devilish speed and Satanic destructiveness of nuclear weapons, we must leave the power to launch such a war in the hands of a single man, who might have to decide at Twitter speed whether the mixed signals his generals see on their instruments are a sneak attack or a technological glitch.

As Richard Nixon, in the depths of paranoid bitterness over Watergate, warned reporters: “I can go into my office and pick up the telephone, and in 25 minutes 70 million people will be dead.” Replace “Richard Nixon” with “Vladimir Putin” and see if that makes you feel any safer.

How did we get here? Put bluntly: we insisted on unconditional surrender from Japan in 1945, and used atomic weapons to get it.  There good reasons for both decisions, and the men who made them (Harry Truman and Winston Churchill) were not bloodthirsty pragmatists like their enemies in Germany and Japan.  But the fact is that the use of atomic weapons on civilian centers in 1945 changed the face of war and radically altered how we plan for it.  Those decisions also changed our culture.

Were there other choices? Were they practical? Could we have used the atomic weapons we had developed in a less inhuman way, one that better respected Western moral norms—for instance, by preparing for an invasion of Japan and “telegraphing” where it would occur, then using our atomic bombs primarily on Japanese soldiers instead of civilians?

This is not an alternative history blog, nor are we qualified to play armchair general at the safe distance of seventy years. But we are forced by the plain implications of the moral norms that let us condemn the Axis slaughter of civilians to say that the massive bombings used by the Allies were also immoral. Limiting civilian casualties should have been at least one of the factors in choosing bomb targets, yet there is little evidence that Allied leaders even worried about the ethics of liquidating enemy citizens from the air. Indeed, it appears that on this point the Allies permitted their enemies to drag them down to their level. It was a level, of course, that Stalin had reached long before.

This moral slide into Subhumanism on the part of the only powerful countries on earth with moral compasses had real and lasting consequences. Because we had ended the war with Japan by using atomic weapons on cities, and thereby saved hundreds of thousands of Allied soldiers’ lives, we adopted Hiroshima and Nagasaki’s fate as a model for future wars.