The Eight Most Important Words of the 20th Century 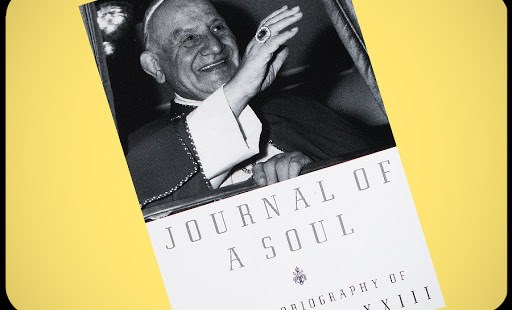 “The most important eight words of the 20th century,” said Eugene Kennedy, “were spoken by Pope John XIII. When asked why he convened the Second Council, the Pope replied, ‘to make the human sojourn on earth less sad.’”

Pope John’s earthy and simple manner belied a theological genius. His awareness of new theologians and their insights for new interpretations for a Church in the 20th century suggested to him the great need to call them and the entire Church together for the great Council. Some major themes inspired by Pope John during the council include Church as Family, Biblical Foundations, Ecumenism, Liturgy, and (sometimes neglected in commentary) the linkage of the 20th century Church with Patristic Fathers, previous Church councils and papal writings, and continuity rather than a break with previous Church theologians.

Angelo Roncalli’s memories of growing up in a large family of sharecroppers–who needed each other for needs of simple sustenance–enriched his entire life, and forms a spiritual framework for one of he most widely read documents of Vatican II: Lumen Gentium, a document defining Church not as a hierarchy of job descriptions, but in the this manner: “This edifice has many names to describe it: the house of God in which his family dwells, the household of God in the Spirit; the dwelling place of God among men, and, especially, the Holy Temple.”

His love for the Church when old echoed his love for his family when young. In 1901 he wrote:

“I rejoice with you and from my heart congratulate you on having this fine and enviable opportunity for devoting some serious thought for the salvation of your souls and to your eternal happiness in paradise.

“This is what I most desire for you, for I have never wished or implored from heaven for my family the good things of this world–wealth, pleasures, or success–but rather that you should be good Christians, virtuous and resigned in the loving arms of divine Providence, and living in peace with everyone.

“In fact what use would it be for us to possess even all the gold in the world at the price of losing our souls? Keep this truth firmly fixed in your minds and never forget it.”

The Pope’s humble background was noted when Nikita Krushchev’s daughter and son-in-law met him in 1962. One of them noted in their vernacular his “Russian peasant hands,” not knowing that the Pope spoke their language. The created an instant rapport between all three and recalled a mutual familial heritage. These thoughts were brought back to Nikita Krushchev and remembered. Later the Russian dictator said, “During that week of the Cuban crisis the Pope’s appeal was a real ray of light. I was grateful for it.”

Vatican II peritus and Jesuit theologian Henri de Lubac’s writings have affirmed the multidimensionality (or familial) nature of the Church rather than a flow-chart like description. Dennis M. Doyle writes: “To say that the Church is a "communion" is to emphasize that, although certain of its institutional structures remain essential, it finds its ultimate basis in relationships among human beings with God through Christ and in the Holy Spirit.” This concept includes analysis of the roles of Mary and Joseph as well as questions relating to the natures of femininity and masculinity as they have been and will be perceived in the Church.

The importance of Lumen Gentium for the now-and future Church cannot be understated.

One of the the theological rifts occurring in the Protestant Reformation was the role of sacred scripture, with newly-formed Protestant denominations declaring the importance of personal reading of scripture as opposed to scripture interpretation coming from the clergy. Angelo Roncalli’s love of reading the Bible is evident throughout his