3 Things Catholics Need to Confidently Reclaim and Own Again 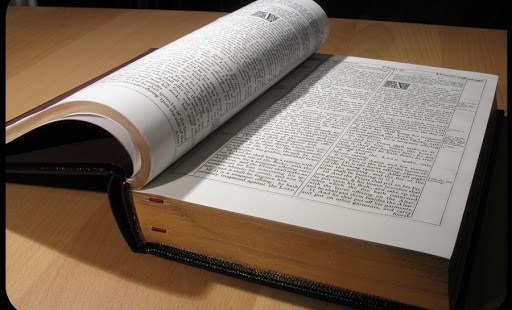 We’ve ceded too much to our Protestant brothers and sisters.

I’m thinking of a person who describes himself as a Christian, gets his beliefs from the Bible, and has a passion for sharing Jesus with others. What kind of person comes to mind?

I bet the first thought most people have is an evangelical Protestant.

But not a Catholic.

And that’s a problem.

One of my more recent articles was an open letter to evangelicals. This one’s for Catholics.

How did we get here? Catholics are members of the Church that compiled the Scriptures, the Church of the great missionary saints and martyrs, the Church established by Christ himself – how did it come about that other people are more known for being evangelizing, Bible-believing Christians?

I’m sure our status as a cultural minority here in the U.S. has been a factor in forming these perceptions (the Protestant majority has had more power in setting linguistic norms, etc). And the widespread lack of faithfulness to Catholic doctrine among self-identifying Catholics in the last few decades certainly hasn’t helped.

But whatever the reasons, I think we Catholics have come to accept these perceptions to a large degree, and in doing so have ceded far too much to our Protestant brothers and sisters.

This is injurious both to our own self-understanding as Catholics and to our relations with non-Catholics. It’s hard to live the faith right and accurately share it with others if we’ve accepted false cultural narratives, false dichotomies, and improper terminology.

To be clear, I’m not saying Catholics should demand that others stop identifying themselves with these things or that we should try to force others to speak about us a certain way. Other people can express themselves from the point of view of their faith or worldview.

But so can we. So I propose that, in our speech, minds, and actions, Catholics more confidently own these three things:

How many times have you heard someone make a distinction between “Catholics” and “Christians,” using the latter to refer to Protestants? Now compare that to the number of times you’ve heard Catholics call themselves “Christians” in ordinary conversation.

This is a fairly serious identity crisis. The Catholic Church teaches that she alone has the fullness of the Christian faith. Indeed, “Catholicism” is just another name for the Christian religion. So insofar as we follow our faith, Catholics are Christians in the fullest sense of the term.

And if we really believe that, it should be reflected in our speech.

I’m not saying we should abandon the term “Catholic” – I’m obviously using it throughout this article. The Church holds that non-Catholic baptized followers of Christ are also rightly termed “Christians” (Unitatis Redintegratio, 3), so we need the term “Catholic” to help distinguish ourselves.

But we should also confidently call ourselves “Christians.” Or at least “Catholic Christians.” We shouldn’t let “Christian” be a synonym for “Protestant.”

The Bible teaches Catholic doctrine. It does not teach Protestant doctrine.

Is that strange to hear? I might be more affected by this since I was raised Protestant, but it seems to me that since many Protestants, particularly evangelicals, have been so insistent for so long that their beliefs are what the Bible teaches, it’s as if Catholics have ceded them the point. We’ve let them have the Bible, at least culturally speaking.