Did Pope Francis Just Endorse Communion for the Divorced and Remarried? 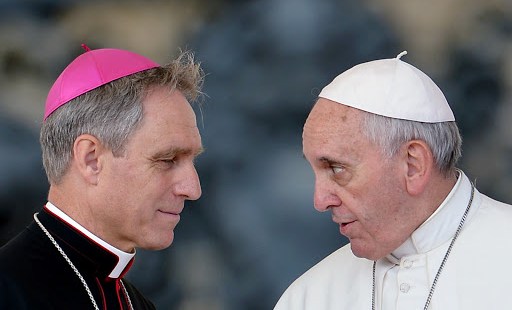 Not so fast. Any Catholic priest knows how complicated these situations are.

Pope Francis Favors Divorce! …or so you would think from the screaming headlines. Extremists on both sides of the question are raising voices and raising questions.

On the progressive side of the church the voice are raised in elation. “At last we have a pope who is compassionate not legalistic! Acceptance of divorce and re-marriage is right around the corner, and after that a more compassionate stance on women priests, same sex marriage, contraception and who knows what next?!”

On the conservative side the commentators are wringing their hands and rolling their eyes. “First he doesn’t condemn homosexuality. Then he says we shouldn’t worry about abortion and contraception. Now he says divorce and re-marriage is okay. Who will rid us of this troublesome pope!?”

Everyone needs to take a deep breath and look at what actually happened. All we know is that the pope allegedly made a private phone call to an Argentinian woman saying she was not sinning on going to communion even though she was married to a divorced man.

Any Catholic priest knows how complicated these situations are. Catholic rules on marriage are simple in principle, complicated in application.

Here are some questions I would want to ask:  First, is the divorced man’s first wife still living? If not, the couple in question should be married in church, but there is no sin involved. Second, if the divorced man’s first wife is still living had he received a decree of nullity for that marriage? If so there is no problem. The marriage simply has to be regularized.

Third question: if the divorced man’s first wife is still living and he has not received a decree of nullity does he live with the woman in question without having sexual relations? Some couples live “as brother and sister” and therefore do not sin. Technically they are supposed to have permission to do so, but if they do, they may go to communion.

Finally, there are situations where a couple are technically “living in sin” but their relationship is a strong marriage, and the circumstances of the first marriage are such that anybody could see that it was not a valid marriage. Here’s an example: let’s say the man married a girl when he was sixteen and she was fourteen because she was pregnant and her father made them get married. The marriage breaks down after a short time, he eventually marries another woman who has never been married and they form a strong marriage that lasts twenty years and they are devout, practicing Catholics.

They should go through the annulment process, but many pastors will turn a blind eye to the situation for pastoral reasons because to enforce the church law would be more legalistic and problematic for all concerned than to accept the situation for what it is.

Every pastor will admit that there are situations in marital relationships where it simply isn’t practical and doesn’t serve any purpose to be a hard liner.

On the other hand, speaking as a parish priest myself, I wish the Holy Father wouldn’t make these informal phone calls. I know it’s very pastoral and kind, but it is confusing for many people. Invariably the press draws the wrong conclusions, then picks up the ball and runs with it.

The bottom line for ordinary parish priests who are struggling with church discipline and the realities of marriage in modern life is that the secular press’ interpretations of the Pope’s actions become the new standard.

The Church’s discipline will not be decided based on a personal phone call by the Pope, nor will it be decided by the headline writers of the secular news outlets. Nevertheless, these things influence popular opinion and they don’t serve us well because they confuse matters and cloud the main purpose of the church, which is to preach the love and compassion of the risen Christ.

Fr. Dwight Longenecker’s latest book is The Romance of Religion. Visit his blog, browse his books and be in touch at dwightlongenecker.com.