Inside the Painful, Messy World of Annulments 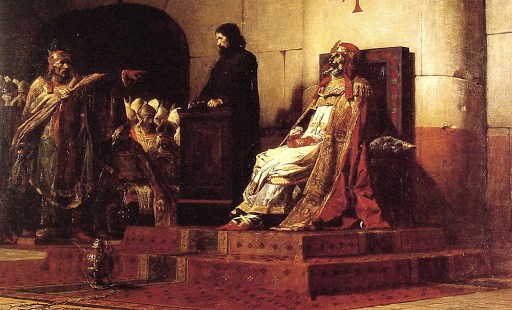 A psychologist with 25 years of experience working in the annulment process explains why it can be so hard.

A mysterious phone call between the Vatican and South America has resounded around the world. Does Pope Francis’ response to a divorced woman indicate that he is open to changing the marriage annulment process? Some speculate that even the most devoted bishops and cardinals would opt for this to happen should the Pope bring it up. But none of us really know what the future holds, do we?

I would like to add some of my first-hand experiences as a psychologist who has been involved in the annulment process with four dioceses for over more than 25 years. I have interviewed over 1500 persons seeking annulments and have participated in actual tribunal interviews where the Tribunal Judge is also present. I am credentialed as a Peritus (Psychological Expert)  and I’m allowed to offer expert testimony to the Supreme Court of the Catholic Church – the Roman Rota.

My own understanding of the theology of marriage runs like this: marriage is an incredibly sacred and serious endeavor, it is a pact that two people make and a pledge that they will be together through sickness and health until death do them part. All of this follows the teaching of Jesus in the Gospels that marriage is indissoluble.

Historically, for hundreds of years there have been different grounds for annulments. The basic idea is that a valid marriage never took place, or that one of the persons was incapable for maintaining a valid marriage. (This is a way to still acknowledge Christ’s injunction while at the same time affirming that some marriages are so flawed that they really never were marriages. Very creative, and as some might add, laden with casuistry!) Reasons for annulments in the distant past included kidnapping and forced marriage; serious lies about important things such as finances or health; even impotence which was not known about when the marriage took place.

During World War II many young people married before one of them was sent to fight in the war. This happened in many different countries.  When the war was over and they began to live together, many discovered that they really had no idea of the person whom they had married and that it was a decision made under great pressure because of the war. Being being part of the “greatest generation” meant that they would stick things out despite all these problems.

During the 1960s there was a re-imagining of many theological issues. Many of the wartime marriages had led to divorce and many people were seeking to re-enter the sacraments. One of the rather vague (at the time) canon law reasons for an annulment was called “psychological grounds.” This required an extremely intensive interview by a psychologist or psychiatrist which would conclude that the person asking for the annulment did not have the psychological capacity to enter into a valid marriage or to maintain this marriage. The way canon law was written, and the manner in which mental health professionals conceived psychological problems, combined to make getting an annulment extremely difficult.