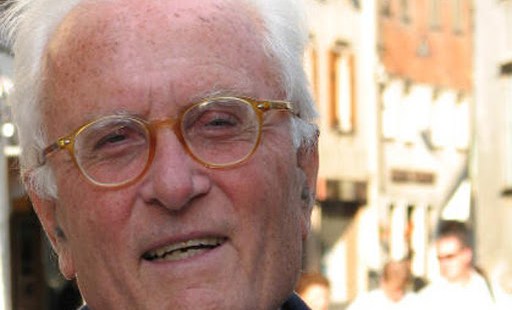 In the last moments before Blesssed John Paul II’s Canonization, Aleteia interviews Gian Franco Svidercoschi, the renowned Vaticanist who followed the Church and the pontificate of the soon-to-be-saint, about the life and sanctity of this man who touched the lives of so many people around the world.

What aspect of the life and pontificate of his holiness Pope John Paul II has made a positive difference in the life of the Church?

Svidercoschi: More or less, everything. The sanctity of John Paul II does not only concern his pontificate. In some depositions for the beatification it’s said that simply what he did when he was Pope, the historical evidence, was enough for the beatification. But it’s his whole life that is the primary evidence; it’s the recognition of an evangelical exemplarity throughout his lifetime.

According to Stanislaw Dziwisz, archbishop of Krakow, Pope John Paul II was already a saint the first time he met him. So, this holiness is found in the humanity and behavior of a man who lived for Christ, a man of God who lived for God. In my opinion his holiness consisted in “doing the will of God” every day, as Mother Teresa used to say. That’s what Pope John Paul II did, that’s how he was.

“If you are what you should be, you will set the whole world ablaze.” These were the words of Pope John Paul II in Tor Vergata in 2000. What did he do while he was alive that has remained within the young people of today?

Svidercoschi: First of all, he believed in young people, he said it since day one. “You [young people] are the future of the world, you are the hope of the Church, you are my hope,” Pope John Paul II said on the opening day of his pontificate, coming down brandishing the pastoral as though it was a vessel.

He believed in young people as an important part of society; it was not only a passing step to get on into adulthood. They are people, with their own problems and their own situations. But, above all, I think he has somehow intrigued them by believing in them, because that was a period [when he became Pope] in which young people took distance from the Church.

But he managed to bring them back to the Church, at least towards a spiritual and religious discourse. He was able to intrigue them again. He always told them: you must be holy. You have to go against the cultural trends. And young people began to follow him. Perhaps because they heard from this Pope, words that they no longer heard within the family, or by the school or maybe even by the Church.

You saw him up close: what memory do you have that best describes the sanctity of Pope John Paul II?

Svidercoschi: The way he prayed. I often speak about it. I was vice-director of the “Osservatore Romano”. At night, while I was having dinner with him and my director, the body of poor Father Popieluszko (the chaplain of Solidarnosc) was found. He had been killed by the Polish secret service and his body was found only three weeks afterwards. The Pope knew that then and said: “let’s go to the chapel.” We went and we began to pray. I met Popieluszko too and I knew he was a remarkable man. Then I opened my eyes and I saw the Pope from behind. Here I saw his relationship with God, it was enough for all of us. Seeing him praying was something amazing.

Cardinal Ruini told me that once Pope was sitting down at the table, then he received a phone call from Bush and he said: “Excuse me just a moment, I’m going to pray.” When he met Gorbachev, who was the leader of the Soviet Empire, an enemy for him, he waited for him praying the whole night.

We must start from prayer to understand him and his holiness.