Divorce, Even Without Remarriage, Can Be a Sin 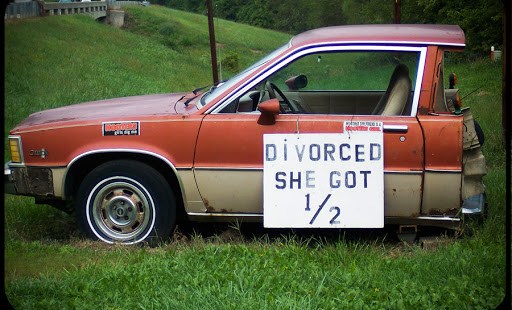 A key point that’s been lost in the communion debate.

The discussion about marriage within Catholic circles has been heating up recently, more than usual. This time it’s not about contraception or homosexual ‘marriage’, but about divorce and remarriage. In the last few months, there were statements made by Cardinal Kasper, a group of German Bishops, but then also many rebuttals such as Cardinal Raymond Burke and Dr. Ed Peters. For a review, read John V. Gerard’s article from Aleteia. Now, to add to the confusion and debate, we have the Pope’s infamous phone call to the Argentinean woman about being allowed to receive communion while living as married to a divorcee.

It is an important and complex debate. Many are on the edge of their seats, very anxious and impatient to see what will happen at the Synod in October. Some are applauding, while others are shaking their head in disbelief. While all this has been ensuing, there is a deeper question that should be gnawing at our Catholic consciences.

Almost every time a new opinion piece is written about the divorced and remarried receiving communion, there is a statement about divorce not being a prohibition to reception of the Eucharist, only remarriage is. This is likely to be even more central to the ensuing discussion about the claim that Pope Francis told the Argentinean woman that "A divorcee who takes communion is not doing anything wrong." While, it is true that civil divorce, in and of itself, does not constitute a mortal sin, there is much more nuance to Church teaching that needs to be addressed.

One problem in this discussion is that divorce and remarriage, without an annulment, is basically black and white. It is adultery and thus, if you have the understanding and have chosen it freely, a mortal sin. Divorce alone though, is a large area of grey. No one can judge another based on a decree of divorce alone. Does this mean that divorce is never a mortal sin though?

The Church understands that in our human weakness, there are problems in marriage that are unlikely to be resolved. Married couples realize quickly that there are going to be many issues that arise in which neither will both be fully satisfied with the outcome. Marriage takes dying to self, loving even when it hurts, and a lot of compromise.

Sometimes though, the differences are so great and harmful, that a separation is prudent for the sake of spiritual, physical, or psychological well-being. The Church allows for this when duly needed. If one is in immediate grave danger, they can separate from their spouse without prior permission from their Bishop (CIC 1153). Here still, permission must be sought to continue separation though (CIC 1151 §3), and the goal is always towards reconciliation of the marital union (CIC 1152; Familiaris Consortio, 83). When not in immediate danger, separation may be allowed, but the permission is to be sought beforehand. The same goal of reconciliation applies here as well. Even if reconciliation never happens, husband and wife are called to strive for it and to have hope, even when by worldly standards, all seems hopeless.

Canon law allows for civil divorce too, but when it is the only means by which to gain civil protection for the children or financially (CCC 2383). Because marriage is also governed by the state, it might be that the only way to get proper custody for one’s children is via divorce proceedings. There are many circumstances where one spouse is obstinately making the protection of children difficult or is withholding financial assets from the other as punishment. These are considered entirely excusable reasons to seek the civil decree.