The Church in Brazil is Dying. This Young Woman is Desperately Trying to Save It. 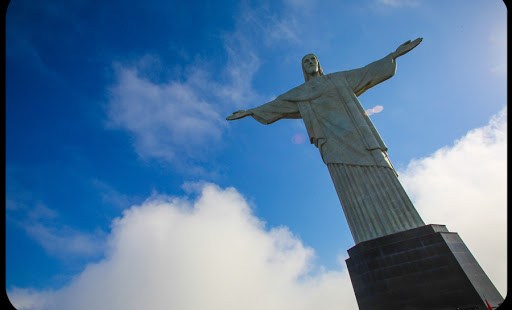 WYD in Rio sparked a badly needed movement of the Holy Spirit – but there’s so much work to do.

There are many “Catholics” who only step inside a Church for baptisms, weddings, and funerals.

The excuse people give for this is that Catholicism has become an old institution meant for old people. Many people, like in my family, have had problems with priests and nuns and with the rigidness of the Church pre-II Vatican Council and have literally gained a disgust for the Church and for Mass-going. They have passed this on to my parents generation who have passed to my generation.

Few parishes have any sort of youth ministry. Most Masses are seen to be dull, and music ministries in most parishes are made up of people in their fifties who only sing the dullest and oldest hymns in the Catholic Brazilian repertoire.

Children in these families are baptized out of spiritual superstition and as an expression of love of the parents in choosing a godparent and entrusting that child to them – but not to be a part of the Church and the body of Christ. The same is true for First Communion and Confirmation. Even so, few people get Confirmed as children. It’s very common for people to go to Confirmation classes only when you want to get married.

If it is common for people to not distinguish Catholic beliefs and practices from paganism and not to practice their faith, the result is only logical. Most Catholics are spiritually poor when it comes to liturgical practices and the Bible itself.

Yes, it is common to see a little altar with the Bible opened to Psalm 23 in Catholic homes, but take a closer look and you’ll see that this Bible is not being used and its pages are probably dusty. Most Catholics don’t read the Bible. Most Catholics don’t even know what happened between Moses going into the desert and the Annunciation in the New Testament.

And there’s really no knowledge at all when it comes to the Catechism and Church History.

Very little is taught aside from the venial sin vs. mortal sin distinction and how to go to Confession. The very ritual of the Mass and its profound significance is known only to a select few – and mostly older people.

Most people think they know that Catholics were “very bad” at some point in the Middle Ages when people were burned at the stake, and most Catholics agree that the Luther was right – our Protestant friends and atheist teachers don’t let us forget that part.

Most Catholics have no clear idea on what the Church teaches, particularly on hot topics such as the communion of the saints, the role of the Pope, the infallibility of the Church, purgatory, and the Church’s hierarchy. And do you think people understand the Church’s teachings on moral issues like contraception and sex before marriage? My brothers and sisters are mostly clueless.

So you can imagine how easy it is for a Protestant to come along with his Bible and show Catholics how “wrong” and “distorted” their beliefs are. You can imagine how a school friend can invite young Brazilians to a beautiful youth service with a wonderful worship team full of hip young people like themselves where they can finally feel like God has touched their heart. You can imagine how appealing it seems for the undervalued youth to come to a service specifically directed to their financial life and learn about how God wants them to make money and buy a car and a house and bring home good things for your family.

So this is the situation. Evangelicalism is growing 10% a year. Most evangelical churches have the explicit goal of “quick conversions” so the statistic can grow. More than a religious group, evangelical churches and sects are businesses here in Brazil. Most pastors report in spreadsheets the number of faithful to their superiors.