Matisyahu Is Not Dead, Just Beardless 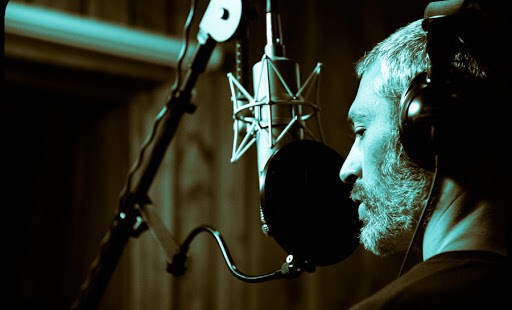 A first look at his new album “Akeda” shows he is still a committed follower of Judaism.

Reports of the death of Matisyahu have been greatly exaggerated.

In 2011, the Jewish rapper and singer known for his Chassidic garb and massive beard posted a photo of himself on Twitter completely shorn. “No more Chassidic reggae superstar,” he declared.

The dramatic move shocked his loyal Chassidic fans. “We were all mourning,” Elad Nehorai recollected in the Huffington Post. “We understood that this was it. He had taken off the mantle of leadership. He had ‘left’ in a public way, in an insensitive and humiliating way. And we were broken hearted. No matter how much I defended him, I couldn't help feeling as if this was the end of an era.”

Despite a series of follow-up tweets (“For all those being awesome, you are awesome. For all those who are confused: today I went to the Mikva and Shul just like yesterday”) and a new album recorded in Israel and brimming with religious imagery, other fans even became convinced that the man behind the hit “King Without a Crown” was losing his religion altogether.

But over the past few weeks, Matisyahu has released three new songs from his upcoming June release Akeda – and the casual, clean-shaven Matisyahu seems more focused on God and his faith than ever.

“I wanted this to be the very first song you guys heard – it is my thank you to Ha Kodesh Baruch Hu (the holy blessed one) for life and for the ability to make another record. In Judaism, we say the blessing Shehecheyanu when we reach a milestone or holiday –basically a thanks for allowing me to reach this occasion. This is my prayer, Shehecheyanu.

“I also address the pain I felt and continue to feel from my ‘brothers’ who are so quick to throw me under the bus because of my changes. As always, I make many references to the fathers, mothers and stories of the Old Testament – only here, for the first time, I truly internalize and personalize these stories, making them less abstract and deeply personal.”

Matisyahu had hinted that the album would sound “more dark and gritty,” reflecting the live feel of Shake off the Dust…Arise and Live at Stubbs. “Reservoir” definitely delivers on that promise; but what fans across the religious spectrum might not have seen coming is the renewed commitment to Judaism on display in this track, which references Jewish heroes like Moses, David, and Joseph; offers praise to “the King” and “the One”; and begins and ends with Hebrew prayer.

In another single, “Confidence”– which falls a bit flat musically but is a clear throwback to his earlier work – Matisyahu confesses: “Can’t say I’m not religious, I just let go of the doubt.” The message to fans both new and old seems clear: removing his beard was not a removal of faith, but of doubt – doubt in his own strength, and maybe even doubt in God’s mercy.

The third single “Watch the Walls Melt Down” again expresses a sense of shedding empty externalizations and living for “the core.” In both this track and “Confidence,” Matisyahu casts a sidelong glance back to his “Chassidic reggae superstar” status, clearly underscoring a commitment to a new direction without breaking with his past. (Watch an acoustic performance here, and check out the lyric video below):

If all of that weren’t enough, the very name of the new album – “Akeda” – is a reference to the “binding” of Isaac by Abraham at God’s command, a story which has not only been recounted by Jews and Christians alike down through the centuries, but has also intrigued great philosophers like Søren Kierkegaard, who made the episode the focal point of his classic work Fear and Trembling.

Will Matisyahu’s new album deliver the musical goods? Only time will tell – and you can check back for a full review here at Aleteia in June. But one thing seems abundantly clear: beard or no beard, crown or no crown, the ever-searching Matisyahu has his eyes fixed on the King.