My Love/Hate Relationship with “The Amazing Spider-Man 2” 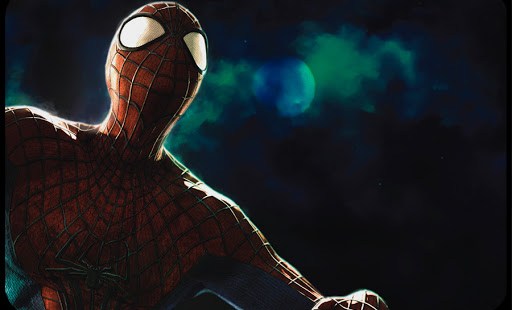 Cringe-worthy filmmaking at times, but still entertaining for the “regular Joe” in me.

I have a few secret identities, you know. It’s true.

Folks around these parts know me as Movie Reviewer Guy, that bespectacled avenger who prowls the darkened multiplexes in order to root out filmatic evil in whatever form it may take. Armed with a passable knowledge of filmcraft, it is Movie Reviewer Guy’s sworn duty to protect the wallets and leisure time of innocent moviegoers from such cinematic sins as dubious directing, suspicious scriptwriting, and atrocious acting.

However, when not in the guise of Movie Reviewer Guy, I’m really just ordinary ol’ Charlie Channelflipper, a fellow who’ll watch almost anything as long it has an iota of entertainment value and doesn’t require him to go to confession the next day. That guy is more than willing to trade quality for a much needed smile. For the majority of the time these two personas get along just fine. Movie Reviewer Guy carries out his weekly patrol here at Aleteia and, for the most part, Charlie stays out of the way.

But every now and then you get a movie like The Amazing Spider-Man 2 and you just know there’s going to be trouble between the two parties.

Now here’s a film that seems almost purposely made to antagonize Movie Reviewer Guy. It’s primary offense is that it has serious script problems. The movie starts off as a rollicking super-hero action flick, takes a quick turn into emo territory, dips its toes into spy movie waters, decides it might like to be Batman Forever for awhile, changes its mind and becomes a teenage rom-com instead, and finally realizes it really wants to be seen as an inspirational character defining tale in the vein of Superman: The Movie. Add to all of that confusion a number of unnecessary scenes which exist for no other reason than to set up the potential for Sony to turn Spider-Man into a multi-character franchise ala The Avengers, plus one scene involving an airliner that I think might have been part of another film that got accidentally edited into this one, and you end up with a complete mess.

Complain about the formulaic Disney Marvel movies all you want, but you have to admit it’s a formula that results in cohesive stories with a consistent tone. Not so with The Amazing Spider-Man 2, it lurches and sputters along like a car missing a couple of spark plugs.

None of this helps the actors, of course. Andrew Garfield is fine as the titular hero, but the more the movie concentrates on the teenage drama, the more his Peter Parker is shoehorned into being a whinier version of Lloyd Dobler from Say Anything. Emma Stone’s Gwen Stacy fares a little better, but only until the finale when the script requires her to become inexplicably stupid and self-endangering. The three – count’em three – super-villains are all over the place. Despite his prominence in the trailers, Paul Giamatti’s crazed Rhino gets surprisingly little screen time, so there’s not much to say about him. Jamie Foxx’s Electro, on the other hand, is front and center for much of the running time, and Movie Reviewer Guy could easily spend a lot of time discussing his performance.

For brevity’s sake, however, we’ll limit the critique to two words: cringe-inducing.

In fairness, once he’s in the Electro make-up, Foxx is suitably menacing, but before he makes the transformation, in those scenes where the movie is establishing his character’s motivations… ugh. Just, ugh. His character is written so campy that it wouldn’t feel out of place if he had been shown hanging out with Adam West and Burt Ward.

And finally there’s Dane DeHaan, who does okay as the sullen rich kid, Harry Osborn, but is just a bit too boyish to be threatening as the Green Goblin. Who knows what the filmmakers were going for with his makeup design? Maybe by turning the Green Goblin into a nerd with bad skin, greasy hair, and long fingernails, they were trying to take a subtle metatextual jab at some of the irate comic book fans who derided the first