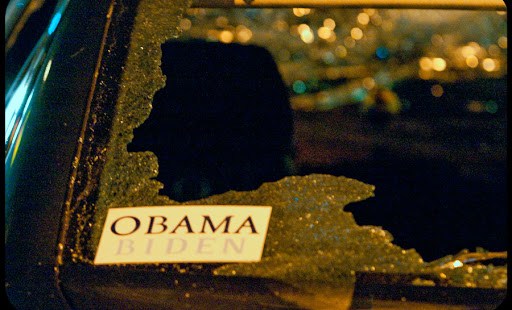 For the sake of our own survival, Americans need to learn that we too are fallen.

On April 28, the genial, well-meaning David Brooks wrote in the New York Times to lament the end of the New World Order, the fact that Western liberal humanitarian ethics no longer seems to have the power to channel world events, to halt acts of aggression, and constantly nudge other, less enlightened societies to remake themselves along our rational lines. We can see the bones of our failure in the burning streets of Syria, and on the steppes of beleaguered Ukraine.

What Brooks seems to have realized is a truth that is stunningly simple: there is no going back to Eden. A flaming sword still guards the Tree of Life against us. Mankind redeemed is not mankind restored to Adam’s peaceful order.  We are told that our culpa was felix, that our Fall was happy, because the gift of Redemption through the Cross is so much greater than our previous happy innocence.

But it sure doesn’t feel that way.

And so we pretend that it isn’t true. We imagine that we can create here on earth a brave new world, a workers’ paradise, a new world order, where conflict will abolished and people can calmly negotiate for their needs. The Left dreams that peace can be accomplished through laws and treaties, the right through gadgets and markets. And it’s certainly true that laws are better than anarchy, and businessmen better than commissars. But nothing we do will straighten the crooked timber of humanity, so that we can build a lasting, peaceful order on this earth. The best that any statesman really can hope to be is a fireman, dousing the worst conflagrations, and letting the smaller ones burn themselves out. There is no fireproofing the planet.

This is the lesson that Americans are learning, very slowly and very reluctantly, in the wake of the Cold War. We need to learn it better, and get the lesson right, if we are to carry on our experiment of a very successful country that is relatively free.

First of all, we must realize that our nation was never meant to be a transformative engine that would change the nature of every human government, and set itself up as the leader of a global revolution of freedom—as the Jacobin Thomas Paine proclaimed in Common Sense, and President George W. Bush proudly echoed in his second inaugural address. There have been regimes that were founded with such a purpose: Revolutionary France and the Soviet Union come to mind.  Each one burned itself out in a blaze of aggression and tyranny.  Before that, the Spanish Empire tried to expand its brand of Catholic authoritarianism across the face of the globe—and succeeded in wrecking itself in less than a century.

There’s a Greek word for the passion that drives us to imagine that our countries are more than mortal, that they have the power to work a redemption of human nature that only Grace can (fitfully, sometimes) accomplish: the word is hubris.

The best illustration of hubris comes in the story of the English King Canute. A devout king surrounded by flatterers, he called his court to the beach and had his throne set up among the dunes. He sat and commanded the waves to recede and the tide to turn.  When the waters went right on flowing, he ordered his courtiers to take due note of the limits of kingly power.

As Americans, we need to absorb this lesson deep in our bones—to see that our country can try something, and fail, and remain America.  Much as we like to win (who doesn’t?) and think of ourselves as a “can-do” people, we are not defined by success. Vietnam was a bloody lesson in the limits of liberal social engineering; neither Lyndon Johnson nor any of his coterie of geniuses really could “build a