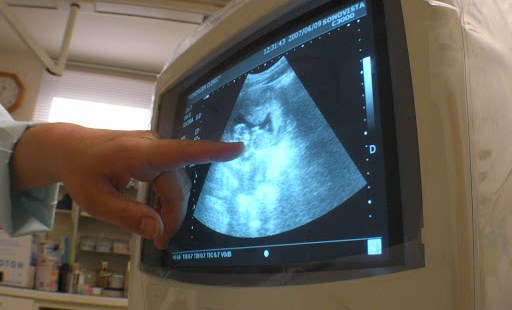 There was an important pro-life legal victory recently you may have missed.

The pro-abortion movement is getting desperate.

Over the last several years, hundreds of pro-life bills have been introduced at the state level, and many of them have garnered significant support among legislators. In the first three months of 2013, for example, the Guttmacher Institute found that well over 300 pro-life bills had been introduced in state legislatures. And some of them are becoming law, and being held up by the courts.

The most obvious example of success may be Texas, a state National Journal recently described as “permanently shutting down abortion clinics” in ways that “the Supreme Court can’t do anything about it.” Arizona, South Dakota, and Michigan are also moving steadily in the right direction, among other states.

Perhaps that’s why NARAL Pro-Choice America and Montgomery County, Maryland – located a few miles north of Washington, D.C. – were forced to lie and discriminate in order to pass a law against a pro-life clinic. Unfortunately for them, two courts were not fooled, and both overturned the law.

In 2010, pro-life clinic Centro Tepeyac sued Montgomery County after it passed a law that required pro-life clinics to post a sign noting they do not have doctors on staff. The sign was also to note that the county health department recommends speaking with a licensed medical professional.

The law, which was supported by NARAL, did not apply to abortion clinics. The law was passed because of testimony provided in the 2006 Waxman Report, among other sources, which claimed pro-life clinics lie to women in harmful ways. As we’ll see below, the courts didn’t buy the argument.

It is the reasons for the three court decisions against Montgomery County that should give pro-life Americans hope. According to the judge who overturned the law in March, the people claiming misinformation and dishonesty were prevalent at the pro-life clinics “were universally volunteers from a pro-choice organization sent to investigate practices” at the centers. The judge also found that “the county has put no evidence into the record to demonstrate that failure clearly to state that no doctors are on premises has led to any negative health outcomes.

In other words, despite coordinated dishonesty that encompassed one of the nation’s largest abortion groups, a county-level government, and a report from a powerful Member of Congress, a pro-life clinic prevailed in the American justice system. And it wasn’t even close. As Alliance Defending Freedom Senior Counsel Casey Mattox described after the March decision, “These attacks backfired because the court recognized there was simply no evidence pregnancy centers are harming anyone.”

This is not the only recent piece of evidence that abortion groups are getting desperate — NARAL recently claimed Google was removing deceptive ads from pro-life clinics, but no evidence exists to back their claim.

So what can pro-life Americans take from this case? First and foremost, we won. Plain and simple.

Second, we won with a court declaring that those who kill for profit are engaging in dishonest representation of reality. The next time someone says NARAL is trying to help women, be sure to bring this up.

And, lastly, we in the pro-life movement are reminded that what we do matters, and that we do not do it alone. Our movement encompasses more than just prayers in front of abortion clinics, or letters to the editor, or the founding of pro-life clinics. We are this and so much more, as proven by the donations given to the Alliance Defending Freedom that allowed it to help Centro Tepeyac pro-bono. And it’s not just the Alliance doing God’s work; groups like the Becket Fund also step up to defend life, religious liberty, and other human and American values.

Abortion is going to be legal in America for some time, perhaps decades, despite the growth of pro-life pregnancy clinics and an increasingly pro-life citizenry. But it’s clear that the pro-life movement, which is led by the efforts of Catholics nationwide, is on the rise, and the profiteers of death are on the decline.

Dustin Siggins is the Washington, D.C. Correspondent for Lifesitenews.com and formerly the primary blogger with Tea Party Patriots. He is a co-author of the forthcoming book, Bankrupt Legacy: The Future of the Debt-Paying Generation. His work has been published by numerous online and print publications, including USA Today, Roll Call, Hot Air, Huffington Post, Crisis, and First Things.