Harvard and the Satanic Liturgy of Our Culture 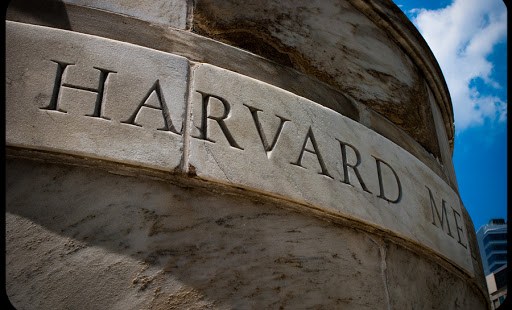 Is it any wonder that conducting a Black Mass is thought of as a worthy history lesson at an institution of higher learning?

It is incredible that an institution of higher learning such as Harvard, originally founded by Christians and upon Christian principles, has become so deeply entrenched in the progressive liberal zeitgeist that even satanism can have an equal voice in the public square. Offering honor and praise to the father of lies is a despicable act, even if you do not believe the devil is real.

But this is also an incredible indictment of our current cultural milieu. Our culture will mock and ridicule Christ, followers of Christ, quasi-followers of Christ, and cults that think they are following Christ. The media will attack and harass Tim Tebow, a man of impeccable Christian virtue, while celebrating a multitude of vices that have been denounced by every great thinker of Western Civilization. Leftists have launched campaigns and organizations to strip our culture of any and all religion championed under the dubious banner of "separation of church and state."

Despite the equal opportunity attacks on religion, which religious organization is constantly in the cross-hairs of the liberal media? Which Church is under the most scrutiny? Which Church is ridiculed, smeared, and attacked the most?

The left wants nothing less than the Catholic Church to disappear from the public square. I don’t really blame them. Afterall, it is the Catholic Church that has not wavered from her official teachings that stand firmly against the liberal social agenda. The Church has not changed her views on abortion, contraception, euthanasia, or marriage.

Unfortunately for the left, this is a battle they cannot win. Christ guaranteed victory when He said that the gates of hell would not prevail against his Church.

With this under consideration, is it any wonder that conducting a Black Mass is thought of as a worthy history lesson at an institution of higher learning? These institutions are factories for the progressive liberal worldview. Their mission is to manufacture anti-religous sentiment and convictions, which often turns into bigotry.

It was stated that conducting the Black Mass was not intended to offend anyone. It was not intended to offend the Catholic Church. This is a perfect example of how liberals only focus on intentions rather than actions and results. For example, progressives will ignore the social experiments of the 20th century that lead to human suffering on a mass scale never experienced in human history because the intent of the experiments are claimed to be good. On their view, egalitarianism can be a worthy achievement even if it is pursued with a rabid, destructive blood lust.

A Black Mass is an inversion of the Catholic liturgy meant to demean, defame, and mock Christ and his Church. These masses, if possible, are usually conducted with a stolen consecrated host. The host is then defiled. The official teaching of the Catholic Church is that the consecrated host is no longer bread, but the body of our Lord Jesus Christ. When the satanists defile a consecrated host, they are defiling Jesus himself. It is a grotesque form of blasphemy.

This is what Harvard was welcoming onto their campus. The praise and worship of the evil one, while defaming the Holy One.

Is this not the liturgy of our culture?

Courtesy of The Saint Francis Commentary