What’s Keeping St. John XXIII From Being Declared “Righteous Among the Nations”? 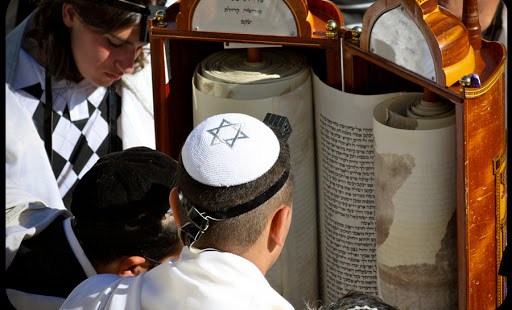 Everyone agrees he was a great friend of the Jewish people and saved many lives. So what’s the hold-up?

On May 13th, 2014, the Israeli Parliament (Knesset) will hold a special and unprecedented session to be devoted to the memory and legacy of Angelo Roncalli (Pope John XXIII) who was recently canonized by Pope Francis.

Roncalli was a great friend of the Jewish people. He proved this on many historical occasions.

As Pope John XXIII, between 1958 and 1963, he revolutionized the Church in many ways but his impact went far beyond the Catholic world. His contribution to the interreligious dialogue between Catholics and Jews was unparalleled. In Nostra Aetate, which served as the cornerstone of the ensuing Second Vatican Council, he paved the way to the creation of a frank, open and fraternal relationship between Catholics and Jews, stating that "whoever detests or persecute the Jewish people actually hurts the Catholic Church.

He even went further, by suppressing an offensive remark against the Jews ("Perfidious Jews") from the Good Friday prayer.

Less known is what he did to alleviate the plight of the European Jews during WWII. In the decade of 1940, when he served as the Apostolic Delegate in Istanbul, he went out of his way to help save as many Jews as possible.

His door was always open for the representatives of the pre-state Jewish community in Palestine, especially for Chaim Barlas, who came to see him time and again with numerous requests for help.

Roncalli also intervened to save Jews from Slovakia and Bulgaria, urging the leaders of those countries to impede their deportation and extermination.

He did not hesitate and used the diplomatic courier to dispatch vital immigration documentation provided by the Jewish Agency to his colleague, Cardinal Angelo Rotta, of Budapest, who eventually was recognized as Righteous for his life-saving actions in Hungary.

Last but not least, Roncalli was a kind of spokesperson for the beleaguered Jews, presenting their predicament in countless letters to his elders at the Vatican.

After the war, in the eve of the voting of the UN 181 resolution (Partition Plan for Palestine), as Nuncio in Paris, Roncalli helped Dr Moshe Sneh (a senior Jewish leader at the time) to meet with the then Secretary of State of the Vatican, Cardinal Domenico Tardini, with a plea from his leadership not to interfere with the expected support to the Partition Plan by the Latin American countries. Roncalli worked hard to arrange the audience in Rome and even traveled to the Italian capital to make sure that everything will go as planned.

Sneh met Tardini and eventually, most Latin American countries voted in favor or abstained, thus paving the way to the establishment of the State of Israel.

Going back to his wartime efforts, the International Raoul Wallenberg Foundation submitted to Yad Vashem, back in 2011, a thick file named "The Roncalli Dossier", with a thorough compilation of his feats and a strong recommendation to have him declared Righteous among the Nations.

Regrettably, our efforts have not borne fruit yet. While Yad Vashem acknowledges that Roncalli had indeed engage in life-saving efforts, the Israeli institution in charge of designating the Righteous among the Nations claims that the "element of risk is missing".

According to Yad Vashem, in order for a diplomat (Roncalli acted as such) to be recognized as Righteous, he should have endangered his own career in the process of saving people. In other words, he should have challenged the orders emanating from his superiors.

Of course, this is not the case.  While the Vatican did not urge Roncalli to save Jews (the initiative was clearly his), it is also clear that he did not act against the mandate of his own superiors.