When Satan Has Academic Freedom 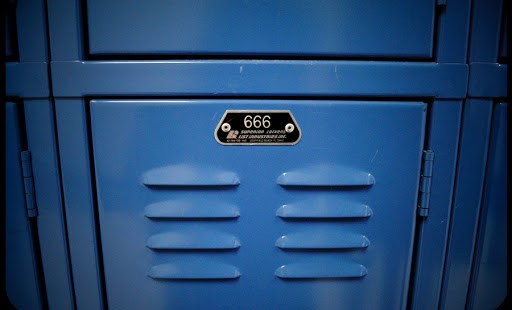 This is what happens when we separate freedom from truth.

Last night, the Satanic Black Mass didn’t take place on the campus of Harvard. But, it did take place elsewhere. I’m told it occurred on the second floor of the Hong Kong restaurant on Massachusetts Avenue.

Sure, Harvard’s President called it "abhorrent," and she issued some strong words against it. But, in the end, she permitted it to take place. Truth be told, she did something worse than that: She gave the impression that academic freedom demanded it – or, what comes to the same thing – that it requires the protection of such expressions. As if to add insult to injurious impressions, she reasoned that pulling the plug on the event would amount to censorship. And, censorship of Satanism would be worse than … well, there I’m stumped.

But, her logic was flawed, and her statement was weak.

Here’s the point: freedom and truth are not extrinsic to one another. The truth isn’t incidental to the nature of freedom. For freedom to be free, it must stand in dialogical communion with the truth. Freedom has content. To round out the point, we aren’t made free in circumventing the truth. We’re made free on account of – because of – the truth. When freedom is severed from the truth, all that remains is the will or rule of the powerful.

When St. John Paul II went up against and did battle with the Nazis and later the Communists, he didn’t speak about freedom in a vacuum, divorced from the truth. He staked his claim on a freedom tethered to the truth about God and man.

Yet, Harvard’s President Drew Gilpin Faust disagrees. Her role as Harvard’s 28th President isn’t to ensure that the freedom of that school’s students, staff, and faculty stands in the service of truth. Harvard can’t impose truth on the members of its academic community. All it can do is offer a freedom divorced from the truth in the hopes that Harvardians will come to the truth, nonetheless. That is, if such an end is deemed desirable.

The frightening thing is this: none of this reasoning is itself far afield of Satanism.

A while back, while I was a seminarian for the Archdiocese of Milwaukee, I was assigned to work with a Satanist. I was charged with the task of bringing him along to God’s truth. That was a frightful experience. Imagine a freshman pastoral intern, sitting across the table from a high-school aged Satanist, battling out the most important questions about God and human existence. I learned more about the faith in the course of those conversations than in the whole of seminarian formation, but I digress.

The Satanist told me that the individual is the sacred center. Nothing prevails over the will of the individual. Love is a charade. Seek first, not God’s kingdom, but the reign of one’s will and desires. It is better to rule in hell than to serve in heaven. Freedom comes through the assertion of the self. Think Ayn Rand. You’ll be close enough. That’s the Satanist creed in a nutshell.

Now, Harvard’s campus isn’t a Satanic stomping ground. Not all Crimsonians or Cambridgians are Satanists. One doesn’t have to be a Satanist to claim a rightful spot on Harvard Yard. And, President Faust seems altogether lovely. That’s all clear enough.

But, in another sense, Satanism has all the world to do with academic life at Harvard.