“Husband Horses” and the Feminization of the Horse Industry 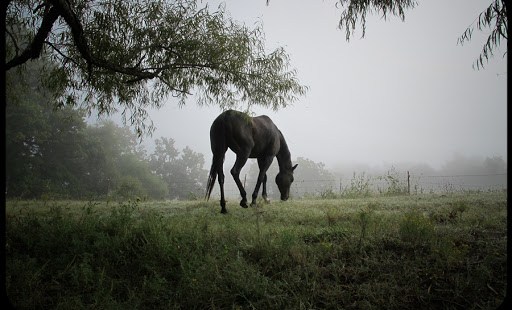 Feelings are just fine when it comes to horses. But what about respect?

Before anyone brands me a misogynist – I am about to take on the topic of women and horses – let me introduce you to my late mother.

Petra Amanda Herem was born on a Montana homestead to Norwegian immigrants in 1910. She didn’t speak English until the first grade where her name was Americanized to Pearl. Her childhood was austere. A good Christmas meant an orange for each of the six children.

My father, Johnny Moore, had been known to ride 40 miles to a country dance to drink and fight, but my mother, 5’2” and 105 pounds, quickly tamed him.

In this petite package was enough grit and vitality to give birth to eight children and endure losing one when he was only four. By the time my kid sister and I were in grade school we were riding the trader horses my father dealt in, or the Shetlands and Pony of Americas he raised, while his good Quarter Horses foals were sold to buyers in Canada.

“If you and I had a little place of our own, we would keep the good horses and train them correctly,” my mother often told me. Feisty and opinionated, she never failed to tell me how the female mind worked. Women, she was convinced, were better with animals because they were more intuitive and less forceful. Besides that, the females of any species were more intelligent than the males. Her favorite example was our large cat, Missy, but in stroking Missy one night I discovered Missy was simply a late-developer. Missy was actually a Mister, an embarrassment my mother struggled to deal with, but her resolve never weakened.

She had strong opinions about men. Those who considered themselves ladies’ men didn’t fool her. She liked her men strong and quiet. Gary Cooper. Paul Newman. A coffee cup that read “Men Are No Damn Good” was given to her just barely in jest.

When couples visited she would have preferred sitting with the men discussing pedigrees and horse confirmation, but was relegated to the kitchen and wife talk about children and grandchildren. She loved her kids but wasn’t shy about saying she could have done without all of us. Kids had kept her in the house instead of on a horse.

I mention this because of a phone call I received two years ago from a lady journalist in Boston. “I’m doing an article on the feminization of the horse industry,” she explained. “Do you know what a ‘husband horse’ is?” I confessed I didn’t. “It’s a horse gentle enough for a man to ride,” she said. “In the east it is generally girls and women who ride, not men. So the men need an especially safe horse.”

We have those in the West, I thought, only we call them kids’ horses or possibly, ladies’ horses. Or we used to.

An Illinois horse trainer told me the husband horse term was common east of the Mississippi, and more recently, I’ve seen west coast advertisements for the same. It’s squeezing in on me.

Horse training is more gentle today as methods based on feel rather than force have become the standard. “Feel” is based somewhat on intuition, a concept my mother would have embraced. But, taken to an extreme, modern methods are pushing towards anthropomorphism, the ascribing of human traits to animals. Or, perhaps, beyond human traits to something so altruistic it begs description.