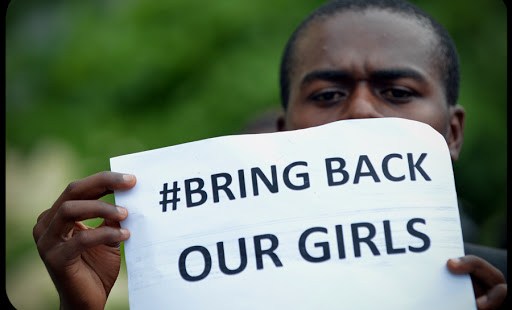 The violent fruit of unnatural marriage arrangements in Africa.

The kidnapping and alleged forcible conversion to Islam of about 300 Nigerian schoolgirls has precipitated an unprecedented wave of concern in the West. This outrage, largely expressed in the online #BringBackOurGirls campaign, has targeted both the inaction of the Nigerian government as well as the Obama administration’s slowness of response. In a recent piece in the UK Guardian, however, Nafeez Ahmed identifies what he believes to be the real culprit: climate change.

I will leave that dubious claim for others to respond to, but would like to point out what should be the most obvious cultural precipitant of mass kidnappings in Africa: the widespread cult of polygamy.

Many westerners aren’t aware of the broad acceptance that polygamy enjoys on the African continent, and not solely among rebel groups and Islamists (whose polygamy is enshrined in Islamic law). Just this past April, the Kenyan parliament passed a bill that would allow husbands to marry limitless wives. Polygamy has enjoyed de facto legality in Kenya for some time, and even the country’s Federation of Women Lawyers has expressed their general approval of the new law (although they do argue that a man’s first wife should have some say in her husband’s next marriage, which the law does not allow for).

That Boko Haram can be categorized as an Islamist terror group is undoubtedly a motivating factor for their kidnapping of the 300 mostly Christian girls (their name can be translated as “Western education is forbidden”). But it is worth remembering that these mass kidnappings enjoy a long history in Africa that predates Islamism. Rebel groups of every political stripe have been known to raid villages, kidnap women, and force them into sex slavery, and this cycle has been repeated over and over in recent decades. The common factor, which dates back to the very first European explorations of the continent, is the social instability that is inevitably caused by widespread polygamy.

While no one would claim that polygamy is the sole cause of African conflict, that it would contribute to violent social unrest is clear: The more successful men are able to collect multiple wives, the more less-successful men find themselves unable to do the same. This was visible in early African tribal societies, and it impacts much of Africa to this day. When such a situation is exacerbated by factors including political unrest, social inequality, and scarcity of work, disaffected men form rebel groups that, among other violent acts, kidnap women as wives and sex slaves (and in such cases, this is not much of a distinction).

Marriage is the underlying contract of all society. The contract of monogamy states that every man will have a chance to find a wife, and that he will therefore agree not to steal another man’s mate. Polygamy states the opposite, and puts every man in a heightened state of competition for mates with the other men in his community. For the losers in this game, options are limited.

Finally, there are lessons for the West in the Kenyan experience of legalizing polygamy. Consider the language employed by Christine Ochieng, executive director of the Federation of Women Lawyers, as she praised the law, "We are happy with the law because finally all marriages are being treated equally."

The lesson for defenders of marriage in the West should be clear as crystal. If and when the Left finally demolishes the broadly accepted Christian definition of marriage in the United States and Europe, there will be no compelling reason not to allow for polygamous marriages, along with the seeds of conflict they sow. Kenyan polygamists’ use of the language of “marriage equality” leaves little doubt that the same effort will come to the US in due time.

In fact, it already has.

Michael Saltis recently graduated from the University of Dayton, where he studied Political Science in History. He lives in Akron, Ohio.