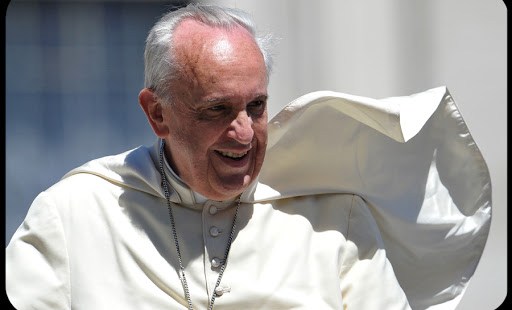 Francis’ more open style is a great gift to the Church – even if it can cause problems sometimes.

Spontaneity that reflects good-heartedness is a highly attractive trait, but the spontaneity of self-indulgence is reckless and often cruel. Spontaneity of either kind can cause confusion and dismay. Pope Francis’ spontaneity is clearly of the first sort—good-hearted, that is—but as with spontaneity of any kind, it can sometimes have confusing results.

Last month brought what may have been another instance of that when it was reported that the Pope had told an Argentine woman, civilly married to a man for 19 years, that she could receive communion; accounts differed on whether the woman or the man was divorced. The woman’s pastor supposedly had told her she could not receive.

The exchange apparently occurred during a telephone call Francis made to counsel the woman after getting a letter from her. Some sort of conversation pretty clearly did take place. Father Federico Lombardi, the Vatican spokesman, commented that “consequences relating to the teaching of the Church are not to be inferred.”

Whatever actually happened, episodes exhibiting Francis’ spontaneity have multiplied in this pontificate. (Think of  his “who am I to judge?” concerning homosexuals who act in good faith.) Not that previous popes never misspoke themselves, but occurrences like these tended to be rare in earlier times inasmuch as popes were usually remote, sequestered figures whose public utterances were delivered in carefully vetted language.

That gave rise to the institution of “Vaticanologist.” The term, like “Kremlinologist,” signified a journalist generally thought to be expert at teasing out the real meaning that lay behind the bits and pieces of information dribbling out from a closed system.

There were hints of change under Pope John XXIII, a spontaneous pope if ever there was one—although, legend aside, his decision to convene Vatican Council II appears to have been less spontaneous than he sometimes liked to let on. But really big change set in under Pope John Paul II, whose spontaneous press conferences on the plane returning from foreign trips were a striking feature of his pontificate. Pope Benedict XVI continued this practice, although he required journalists to submit written questions in advance.

Now, with Pope Francis, the closed system is largely gone—at least, where the pope himself is concerned—replaced by a largely open and notably spontaneous papacy. Francis has given several press interviews already—with somewhat mixed results, be it noted—and he seems likely to give more. But it’s his off-the-cuff remarks in various contexts and on various occasions that have especially caught people’s eye.

This is both attention-getting and appealing. It’s also upsetting to some Catholics. World leaders, they reason, surrender the luxury of unbridled spontaneity by virtue of the office they hold. Obviously, violations of this rule are not uncommon among politicians – consider Barack Obama’s “red line” in Syria or, in an earlier day, George Romney’s “brain-washed” in Vietnam, which knocked him out of a presidential race. But the rule stands just the same. Does it apply to popes?

Pope Francis is unlikely to change. Not only is the spontaneity part of his personality, it’s also, one suspects, a considered part of his program and, in his eyes, worth a few glitches now and then for the sake of its longrange benefits. If so, then maybe the best advice for the rest of us is Paul’s to the Thessalonians. In the Knox translation, that goes: “Do not stifle the utterances of the Spirit, do not hold prophecy in low esteem; and yet you must scrutinize it carefully, retaining only what is good.” (1 Thess 5.19-22)