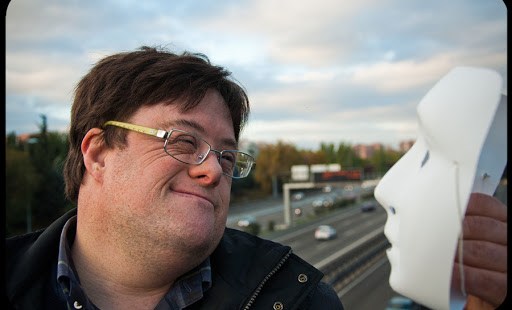 What one father has learned about life from his son.

As every parent knows, any event might trigger memories.

A few weeks ago I lay immobilized in the Emergency Room with the catheter limiting any range of motion. My son, who is 29 and has Down syndrome, decided that my infirm and incapacitated status would keep me occupied so I couldn’t say “no” to any of his plans to explore the hospital.

Two hours later, just as I was getting really worried, he arrived with a big smile. He had gone to the cafeteria for a three-course dinner, including at least two slices of blueberry pie. Then over to the lab, where he introduced himself and hoped to see a friend who worked there. Finally, he went up to the seventh floor to explore the neurosurgical unit. (“Dad, I wanted to see where they worked on brains.”)

So much for Homeland Security.

Memories of twenty years ago, when he was the patient, all came back. We were in the emergency room of a tertiary care hospital, and my son was delirious with a fever of 105 degrees. The doctors tried to held him down to insert a needle in his wrist. “Bad touch! Help! Bad touch! Abuse! Abuse!”

As some guards came running in, at least it was good to know he could remember one of those fourth-grade lessons on bad touches.

Having had some experience in chaotic medical situations, I asked four of the doctors to help, with each of them gently but firmly holding down a limb. I cupped my sons’s head into my hands and whispered, “We have to find out what kind of germ is making you sick. The doctors have to put a needle in your wrist. It will hurt worse than anything you’ve ever had. But if we don’t do it, the doctor’s won’t know what kind of medicine to give you to make you better.”

There were some loud screams, and a few loud and incoherent groans, but then it was over, and the guards didn’t come running.

Two weeks later (everything now A-okay), a psychologist friend sat down and suggested to me I had caused post-traumatic stress disorder in my son by holding him down; further, it would be good for me to join a support group to do a better job of being a father of a special needs child. Uh-oh.

So I asked my son, “Was there anything Dad did in the hospital that made you upset?”

“You made me share the videos in the room with the other kids when I was getting better. I wanted them to myself.”

“Did it bother you that Dad helped the doctors hold you down?”

“No, Dad, you had to find out about the bad germs. But next time don’t let the other kids take the videos.”

One thought leads to another, and I recalled his birth at 3 a.m. on a Halloween morning. I was holding him in my arms and said, “Gosh, baby has Down syndrome.” Now this was not a complaint, but an immediate acceptance. I was quickly reprimanded by everyone in the birthing room, because fathers don’t have expertise in these matters, do they?

My son is attentive in church. A few years ago, the priest gave a wonderful sermon on the Fourth Commandment, with lots of good things for the children at the Mass to remember. Afterwards my son complained to the priest, “Father, why didn’t you mention the Eleventh Commandment?” The priest smiled, and asked about that “11th commandment,” expecting a sweet response from this Down syndrome young man.

I hope this did not in any way imply that this particular son was not being honored at home. Nevertheless, I received more than one….er…..judgmental glance.

I always thought socialization and impulse control were two of the most important things to focus on in school with my son. His grades were always praised, even if they could have been higher. One week I got called into school.