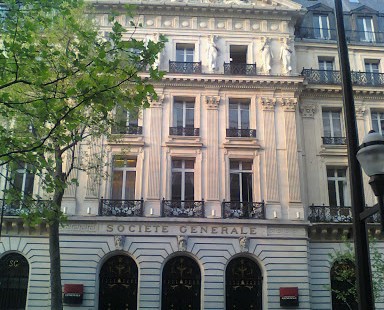 The long walk in Italy and arrest at midnight in Menton moves some while it annoys others– sometimes both at the same time! The Kerviel affair continues to be quite embarrassing for the banking system.

Jérôme Kerviel was arrested by two plainclothes police on Sunday at 12:01 a.m. in Menton, just after crossing the border. "Jérôme Kerviel offered no resistance, as he had announced [his return] on Sunday evening shortly before returning to France," reported AFP, relayed by Orange. "I did not lose this day; I spent a wonderful day with my family. Now I am happy, I am free. I give myself up to the police and to justice," he said. Some of his supporters were in tears. Father Patrice Gourrier, Kerviel’s traveling companion, described this sudden ending as "very violent" before announcing "a silent sit-in outside the Menton police station."

Jérôme Kerviel had turned up the pressure all weekend in Ventimiglia, delivering his message ("I was an [expletive] at the time" L’Express) and asking the President of the Republic to grant him "witness immunity" at his trial, a dream for those who know the law. Two months after his final conviction for trades that incurred a loss of 4.9 billion euros at Société Générale, the bank where he worked, the 37-year-old former broker must serve three years in prison. (In October 2010, Jérôme Kerviel, held solely responsible for the bank’s losses, was sentenced to five years in prison, three of which were non-negotiable. He had already spent 41 days in custody on remand in 2008.).

He says he is willing to undergo this punishment, after a two-and-a-half month walk through Italy after meeting with Pope Francis in Rome (cf.Aleteia). On his last day of freedom in Ventimiglia before heading back to Menton, he participated in a Mass celebrated by the Bishop of Gap and Embrun, Jean-Michel di Falco, president of his support committee.

Father Gourrier, a priest of the diocese of Poitiers and an ardent supporter of Jerome Kerviel, sported a quote from Pope Francis on his backpack: "No to the dictatorship of the faceless economy," and a picture of Jérôme Kerviel’s meeting with the Holy Father. (The meeting during the General Audience of February 19 was when the former trader decided to begin his long walk on March 5.) Father Gourrier is committed to finishing his protégé’s walk to Paris if Kerviel ends up incarcerated before arriving in the capital.

Société Générale denounces the "media hype" with its mix of "lies, amalgams, and approximations.” For his part,  Michel Sapin, Minister of Economy and Finance, while not denying "the bank’s responsibilities in the trial," hammered on the Grand Jury RTL-Le Figaro-LCI, saying, "Mr. Kerviel is a criminal, and he is a criminal sentenced by the French criminal justice system…He is a crook… and, of course, he must serve out his sentence."

The bank clearly bears some responsibility for the colossal loss, as the Court of Cassation ruled last March. While maintaining the conviction to imprison Kerviel, the court threw out an order that he repay the astronomical sum.

Jérôme Kerviel is calling for an independent assessment of the losses reported by his former bank. A new civil trial will be held before the Versailles Court of Appeal.

What are we to make of this case? Is Kerviel a David against Goliath, or a David who has become a "media Goliath," as Le Monde put it? The same person who robbed Société Générale with diabolical skill now leads the media "down the garden path" and attracts the blessing of the Catholics after having seduced the Left, as one colleague said of him.