A Dog Whistle for Christians 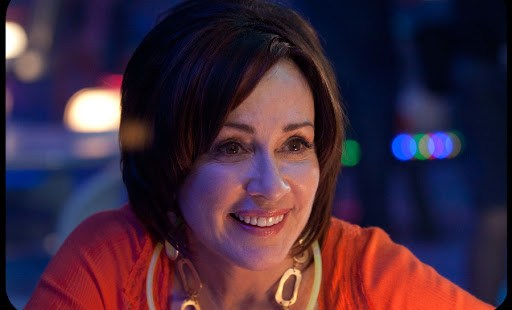 The harmless comedy “Moms’ Night Out” has anti-Christians pulling out their shivs.

A really offensive, racist expression I heard once and never thought about again has just recurred to my memory: There’s a slur in Italian, “come un Christiano,” which means “almost human.”  It’s used by the ignorant to describe non-white people wearing suits and working at office jobs.  What made me think of this nasty, peasant cliché?  The reaction of liberal critics to “Moms’ Night Out.”  These critics are reacting to the fact that Christian filmmakers have produced a successful mainstream movie as if they were watching a dog try to walk on its hind legs.

In a scathing writeup of the movie, The Dissolve’s Nathan Rabin scoffed at Christian cinema for its “explicit references to Jesus that serve as dog whistles to the faithful.”  Because believers are dopey, if sometimes loveable canines who respond mindlessly to simple stimuli, which are inaudible to more evolved creatures like critics.

Christy Lemire of RogerEbert.com started her review by calling the movie “[d]epressingly regressive and borderline dangerous.”  Is she afraid that the Christians might hear the wrong whistle and bite people?  Not quite:  She objects to the film’s sinister embrace of stay-at-home motherhood as an acceptable way of life, and pretends that the chaos the moms encounter when they go out on the town is not being played for laughs.  No, it’s a subliminal warning to keep women from going out on the town.  Stay inside—it’s dangerous out there!

Neil Genzlinger of The New York Times objects to the fact that Christian filmmakers are trying to present their characters as normal, modern people: “The film, directed by Jon and Andrew Erwin (who are brothers), is way too eager to emphasize that Christians do all the with-it things. They blog! They text! They drive recklessly!”  Isn’t it kind of poignant when the Christians try to act all… human?  Like a dog walking on its hind legs….

Rafer Guzman of Newsday lets loose with a stream of abuse that I have rarely seen directed at a movie—even films that were really were terrible, witless, and offensive.  He calls “Moms’ Night Out” “unskilled, unimaginative and unintentionally grotesque,” “wretched,” and “a kind of negative miracle.” Guzman does little more than rant, barely pausing to explain what he thinks is wrong with this harmless movie.  Maybe if the film contained the “edgy” elements that increasingly populate mainstream comedies, such as sadism, graphic sex, and drug use by children, Guzman would cut it a little slack.  But a PG movie which depicts Evangelical Christians acting goofy… that seems to cross Guzman’s line.

“Moms’ Night Out” is charming, frantic, silly, and worth taking time to see.  It depicts a night in the lives of three stay-at-home moms who attend the same Protestant church, who are seeking an evening of glamour in the absence of their somewhat clueless husbands and needy kids.  In the tradition of movies like the (funny but raunchy) “Bridesmaids” and “Date Night,” things don’t go that smoothly—and the quest for leisurely elegance quickly spirals into a catastrophe.  It isn’t a perfect movie; one of the moms is neurotic and shrill, one of the dads seems too dumb to live, and (worst of all) the film explicitly endorses the practice of “mommy-blogging.”  But there are important things to be said in its favor:

a) It really is funny.

b) It manages that without ever being filthy—so whole families really can go to see it without their kids being embarrassed by what their parents might think.

c) Unlike the recent Jason Bateman vehicle, “Bad Words,” “Moms’ Night Out” does not rely for laughs on the emotional torture of children, or
flirt with pedophilia.

d) Unlike “Anchorman 2,” it doesn’t descend from “stupid” to “brain-damaged” in the third act, and send you out of the theater ashamed of yourself, muttering “They thought I would laugh at that?”

f) The characters in “Moms’ Night Out” talk about God once or twice—which is the kind of thing that millions of Americans actually do, on a regular basis, though it’s not depicted in movies.  I know that Americans also urinate.  For some reason, the latter gets a lot more play on screen in recent decades than the former.