Get the Jewish Perspective on Pope Francis’ Trip to Holy Land 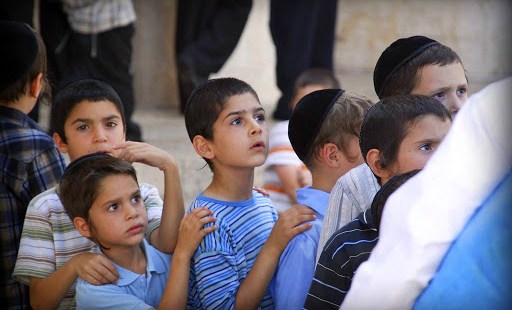 Aleteia gets a Jewish perspective on the impending trip of the Holy Father to Jerusalem and what it’s like to live in one of the most peculiar and tense cities in the world, where all religions collide.

Mrs. Yiska Harani works with the JCJCR (Jerusalem Center for Jewish Christian Relations) and other governmental and non-governmental institutions in Jerusalem, as a teacher and promoter of the dialogue between Christianity and Judaism. She places a lot of emphasis in creating a personal encounter between the two faiths as a point of departure for a fruitful dialogue.

Jerusalem is a place with a lot of different religions balancing one on top of the other. What’s it like to live this?

I grew up in Jerusalem, and at some point I found that this was too intense for me and so I left and I live now in Tel Aviv, an hour away. I just come in to work. There is a burden and a privilege; there is sanctity and a lot of antagonistic feelings. It is a city of extremes. It is not a tranquil city at all. But this is the challenge, to try and live with whatever tenderness you can find in such a tense and conflictual society.

There is a feeling of zeal, of being particularistic and of holding on fiercely to the territory. Jerusalem is very hard-knock, therefore working in it and working with the people in it, is really quite challenging. But it must be done, otherwise people just stick to their own sort of ghettos and breathe this sense of isolation and particularism, instead of togetherness that the city should be.

How is religious freedom approached concretely by the people and by the authorities of Jerusalem?

However today the authorities are becoming more and more narrow in their view of the other communities that live in the city. In the times of the legendary mayor Teddy Kollek [1965-1967] there was a tremendous openness for the minority communities. For example one of the tiniest Christian denominations – the Syriac or Syrian Orthodox community in Jerusalem – every time there was a diplomatic celebration or procession they would be invited to demonstrate their their music and bands. There was an awareness and a praising of the fact that it is a multicultural city.

I don’t think that this is happening today. In education, very little is being taught about the other and even though this year the education ministry announced that “learning the other” is the theme of the year, many places chose the other to be a another type of Jewish person, and not the other as a Christian or a Muslim.

Mainly in the field of education but also in the ministry of religion and other ministries, our diversity is not seen as a resource. I think that diversity is a resource. We should look at these minorities, develop relationships with them, and ask them what they need. For me, the most important thing is that it should happen in terms of education.

What is the significance of Pope Francis’ trip for the people of Jerusalem and what will the consequences be?

It is a fantastic opportunity both for the Christian world, and for Jewish-Christian relations. For the Christians, the fact that there is a handshake between the Orthodox and the Catholic world means that this conflictual city can be a stage for handshakes with others. It is very symbolic. The fact that the pope and the patriarch – who 1000 years ago had a very terrible division – now come to reaffirm their handshake from 50 years ago in Jerusalem, shows that our city is capable of being not only a conflictual one.