The Double Helix of Faith and Family 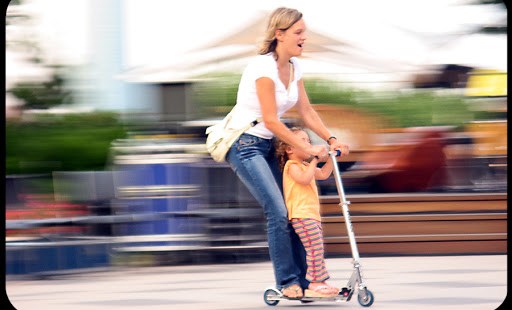 For so many, the bonds of our families mirrors the way in which we come to know our Maker.

Over sixty years ago, in a small laboratory in Madison, Wisconsin, Harry Harlow devised a series of groundbreaking and controversial studies.  Using infant macaque monkeys, Harlow was interested in examining early attachment in order to test theories posited by John Bowlby and others about the importance of love and maternal interaction.  He and his students created two “surrogate mothers.”  One was simply made of wire mesh while the other was covered in cloth.  Over a number of experiments, they examined the monkeys’ reactions when fear-evoking stimuli were introduced, and also when the “wire mother” or the “cloth mother” was a source of food or water.  Over and over again, it was clear that the infant monkeys clung to the “cloth mother”, and only ventured out briefly in search of food even when the wire monkey was the sole source of nourishment.  And when the young monkeys did not have access to their “cloth mother”, they showed increased signs of physical and psychological stress.  It was clear that attachment went way beyond basic needs, and into the world of security, comfort, and a deep psychological connection.

For our young children, studies have shown that attachment begins even before the child leaves the mother’s womb.  In utero, babies recognize the mother’s voice from that of others.  Early in first months after birth, a beautiful, intricate interplay develops long before intelligible language emerges.  Activities such as smiling, eye contact, laughing, and cooing lead to more complex social behaviors all intended to attract and maintain the attention of the caregivers that surround them.  Erik Erikson and others noted that the first year of life is defined by the psychosocial stage of basic trust versus mistrust.  Infants who are successful in attaching themselves to their parents come to trust in mom and dad as sources of love, safety, and comfort.  They instinctively seek them out in situations of fear, uncertainty, and need just as they begin the process of developing their own sense of self.

In contrast, children who do not attach successfully, whether because they are separated from their parents or other caregivers, or experience them in a neglectful, harsh manner, quickly begin to show signs of distress.  Often, children will avoid looking at others, appear sad and distant, and will not engage in typical activities with other kids, such as social play and imaginative games.  As they grow older, disinhibited and/or inhibited behaviors emerge.  The latter is characterized by a tendency to withdraw from others, even those they know well.  The former is defined by behaviors in which youth appear to attach themselves instantly to total strangers, whether through physical affection or conversational patterns.  When attachment becomes disordered, children struggle to find appropriate sources of comfort and security, even when adults emerge to fill this role.

Those who have positive early attachments, though, quickly move into moral development.  In the process, mom and dad take on a new role.  While they remain a source of unconditional positive regard and comfort, it is necessary that children begin to also see them as an authority.  Lawrence Kohlberg defined this initial level as Preconventional Morality (PM).  The first stage of PM is marked by the belief that parents and caregivers are the sole source of rules and guidelines.  Children sense that rules exist for one reason:  because their parents (or other authorities) said so.  They develop an understanding that going against their parents’ rules will lead to negative consequences.  As children grown older, this understanding evolves into the recognition that authorities may have different views, and that morality is much about maintaining good relationships and social order.  Ultimately, the hope is that they will arrive at a guiding set of universal ethical principles as adults.  But all of this must begin with an realization that authority exists in this world, and that reverence and respect should be paid to those in an authority role.  Sixty years of parenting research (see “When to Control—When to Let Go”) and countless studies of youth and adults with conduct and mood difficulties indicate that when parents fail to embrace this authoritative role, the prognosis for their children is poor.  By the time that children leave home, it is vital to their future existence that they have experienced their parents as loving and responsive in the context of a clear authority.