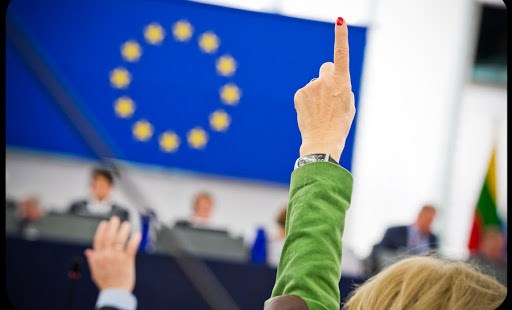 The three problems that lie behind the recent European vote.

You would have to go back to Napoleon to find a time of such anti-European feeling, one Liberal Democrat politician thought upon seeing the results of the recent European elections in Britain. As a pro-European, his comment was paradoxical given the outcome of the Napoleonic contest. For, as Margaret Thatcher once pointed out to France’s President Mitterrand, in a moment of unwonted candour: “Wellington won.”

That victory attested a British spirit of independence that stretches far back to the demise of the Spanish Armada and now, once again, it goes forward today and fuels the rise of the UK Independence Party. It won the vote and forced Labour into second place and the Tories, for the first time ever, into third. But while the British have never been convinced that they want to be ruled from abroad, what is important now is that these elections show that the populations of many other parts of Europe agree with them. There is a deep fatigue with the grand projet Européen.

Clearly, as the spectre of the Two World Wars begins to fade, there is a feeling that those appalling catastrophes, which sealed the fate of Europe’s global hegemony, cannot be used forever to justify the current political processes of contrived unity, whatever the cost. The nations of Europe are still just that, even after decades of rhetoric about “ever closer union.”

The desire to do things differently and to run their own affairs runs deep. So deep in fact, as a popular sentiment, that the guardians of Europe’s grand design have wisely been rather shy about asking for consent. This latest poll tends to show they are right, and confirms the evidence of those painful sagas when certain countries a few years ago had secure popular consent to the Lisbon Treaty — when there was the embarrassment of having to go back and get the Irish to vote again after they failed to vote the “right” way the first time.

Then again the founding countries only really agreed upon the basis that they assumed things would be run “their way.” The French only agreed because they thought they could pull the levers behind the scenes and get their own way by cozying up to Germany. But now Germany looks askance at the financial basket-case that France has become and fears France might yet, single handed, revive the European debt crisis through its encroaching insolvency.

Moreover, the financial crisis that very nearly sank the Euro is a major and more general factor making for electoral contumacy. Take the case of Greece, where the consequences of the crisis have been so dire. If the Greeks had not been in the Euro zone they could have devalued the Drachma rather than face the wrenching fiscal constraints and destabilizing social upheavals unfolding now.

It is true that Germany has enjoyed the rewards of prudence, but she has also been able to export at vastly reduced prices as compared with those which would have prevailed if she still had the Mark. And as the Euro slowly recovers, her very high but concealed production costs may yet bring a toll there too.

All of which points to three critical problems that lie behind the excitements of this vote.

On the one hand a currency union that entails huge stresses, as a common interest rate and monetary policy has to be applied to economies that are massively diverse and operating according to different cycles. It must be open to doubt if the vast capital transfers such a union must entail can be sustained and in the case of Germany they may soon be ruled to be actually illegal.

Secondly, the preferred option of operating the EU through a managed consensus, sustained by simply avoiding an offer to the electorate of alternatives, must in the long run, not simply create a “democratic deficit,” but actually invite an emergent politics of extremes. For eventually, new parties must arise that respond to the overlooked political frustration that builds up with nowhere to go, if mainstream parties refuse to differ.