“The Kids are Alright!” 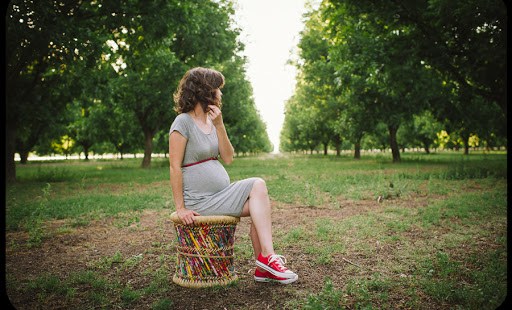 Modern families are taking a page from Plato’s “Republic” – and that is not good news.

“Who’s your daddy?” The answer is already difficult for an increasing number of American children to answer in the last several decades. If asked literally, this otherwise simple question is currently facing new dimensions of complexity and confusion. Beyond the established epidemic of fatherless households with children by multiple fathers, today a child’s birth mother, genetic mother, and first socio-relational mother may all be different people – and two of those categories (birth being excluded) may be filled by multiple women at the same time. The same complexity attends to fathers as well; and, of course, any socio-relational parent can be replaced by a succession of de facto or step-parent figures. This all fosters a perilous societal situation; but the most recent aspects, including the popularization of surrogate pregnancy (consider the 2008 film, “Baby Mama,”) and the impending normalization of polyamorous families and human embryos with three genetic parents, mark a distinct new phase in the progression of policies that dilute the bonds of family. This may ultimately diminish the intra-familial dynamics that stand against the State’s inclination to seek dependence from its citizens.

The notion that a government or society would erode family in order to make citizens more beholden to the state is neither science fiction nor a conspiracy theory. It is plainly advocated in the fifth book of Plato’s "The Republic," wherein the leading classes of the hypothetical state  briefly have multiple spouses, and children are raised in a collective, with no knowledge of whom their parents are (and vice versa). Though we are far from Platonic circumstances, Western society has inched in that direction with regard to parentage (particularly on the paternal side) for decades. More recently, it has been voyaging on a similar trajectory with regard to even the biological aspect of parentage.

Though there is nothing novel in some children being raised by people other than their natural parents, the socio-relational link between children and biological parents, especially fathers, has been greatly challenged in the last half-century. The no-fault legal regime for divorce, the boom and ensuing ubiquity of contraception, and the welfare state have  de-sensitized men to the gravity of marriage, the consequence of sex and child-bearing, and the survival needs of offspring. This is a recipe for pandemics of both out-of-wedlock births and fatherlessness, which create a spiral of socio-economic problems. The resulting families often include a working single mother with children who have different fathers, a succession of father-like figures, either unattended or in after-school care. Paternal bonds are formed weakly, if at all, and Uncle Sam (or Big Brother) fills in the gaps.

It is not only policies of the political Left that weaken families and strengthen the collective. Capitalism and consumerism, aligned with the Right, have risen so that increasingly, households require two parents to be in the workforce in order to provide for the comforts that their families “need.” This leads to children spending less time with parents and more time unattended or in the care of others. Where a second parent is not available or means are otherwise lacking, the State must step in. The modern capitalist economy is mobile–one in which people pursue jobs across the country. This makes the close-knit extended family, in which a broad range of relatives all live in the same community and offer one another emotional and material support, a thing of the past for most. The extended-family system is also affected by programs such as Social Security, Medicare, and Medicaid, which can incentivize middle-aged Americans to put their aging parents “out-of-sight, out-of-mind” in various levels of care facilities.