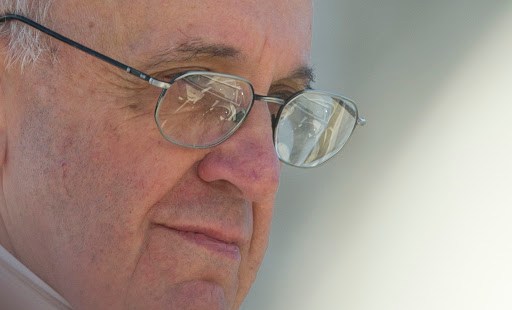 This is an ‘encounter for prayer,’ not mediation between Palestinians and Israelis, says Pontiff.

During his visit to the Holy Land, Pope Francis invited Palestinian president Mahmoud Abbas and Israeli president Shimon Peres to a prayer meeting at the Vatican. The date has now been agreed upon and set for June 8, which is Pentecost Sunday.

As the Holy Father arrived in Bethlehem last Sunday, before meeting with Palestinian authorities, he made an impromptu stop at the separation barrier that divides Palestine and Israel. It was a dramatic sight to behold: the leader of the Catholic Church resting his head against the graffiti-stained wall—one of the most austere symbols of the continued conflict—in an intense and prayerful silence.

After he offered Mass in Manger Square, the place where Christ was born, Francis spoke directly to the two leaders in front of the crowd, saying, “I desire to invite you, President Mahmoud Abbas, and President Shimon Peres, to raise together with me an intense prayer to God for the gift of peace," he said. "And I offer my house in the Vatican to host you in this encounter of prayer."

“Everyone wants peace,” continued the Pontiff. “Many people build it every day with small gestures; many suffer patiently and bear the fatigue of many attempts to build it. And everyone—especially those who are at the service of their people—have a duty to be the instruments and builders of peace, above all in prayer."

"Building peace is hard,” he continued, “but living without peace is a torment. All men and women of this earth and of the whole world are asking us to bring before God their ardent desire for peace.”

During an in-flight interview on his way home from the Holy Land, Francis referred to this unexpected move. “My gestures were not pre-planned,” he stated simply, “I just do what comes to me spontaneously.”

“The most genuine gestures are those which are made spontaneously,” he added.

Upon his return to Rome, at the general audience in St. Peter’s Square, he implored the faithful present: “I ask you, do not leave us alone. Pray, pray so that the Lord may give us peace, give us peace in that blessed land!”

The meeting has been somewhat dismissed by various media outlets. The New York Times wrote that “the meeting is likely to be more symbolic than substantive,” commenting that “Pope Francis’ actions on Sunday posed a striking example of how, barely a year into his papacy, he is seeking to reassert the Vatican’s ancient role as an arbiter of international diplomacy.”

However, the Pope himself in an interview during his flight back from the Holy Land said explicitly, “The purpose of the meeting will be to pray, not to mediate.”

“The two presidents and I will only meet to pray and I believe that prayer is important and doing this helps,” he said. “Then they will go home. There will be a rabbi, a Muslim and me.”

Clearly then, for Pope Francis this meeting is one of great substance, rooted in a firm hope and belief in the power of prayer.

It is also far from arbitrary that the day chosen for the meeting is Pentecost, the day when tongues of fire descended from heaven upon the Apostles, and “they were all filled with the Holy Spirit and began to speak different languages as the Spirit gave them power to express themselves.” [Acts 2, 4]