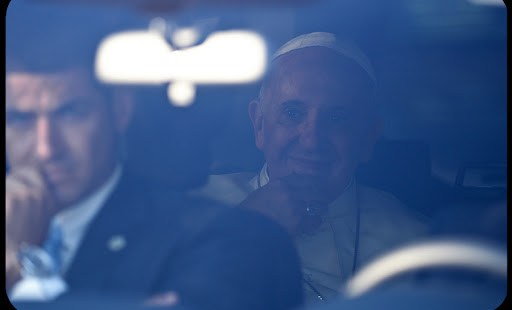 Francis is the most informal and accessible pope in history – but is that a good thing?

Pope Francis is the most informal and accessible pope in the history of the papacy and much of his instant accessibility is due to modern communications.

The pope uses his cell phone to make personal phone calls, then the content of the phone call ends up on Facebook and goes global. In an informal conversation with reporters the pope says of a sincere homosexual who truly seeks God, “Who am I to judge?” and it becomes perhaps the quote of the century. Visiting with a friend, he makes an impromptu cell phone video greeting Protestant Pentecostals, takes selfies with the crowd, and makes off-the-cuff comments that often remain ambiguous and tantalizing. Like Benedict XVI before him, Francis uses Twitter to communicate the gospel worldwide. Through social media, the mainstream networks, television, YouTube, and the internet he is seen and heard by the whole world instantly.

Is this what the Pope should be doing? Should the Pope tweet? Should he give impromptu interviews, off-the-cuff press conferences, make personal phone calls, and express his personal opinion in such a carefree way? The answer must be "yes." As a global evangelist Pope Francis is adept at using every means to communicate the gospel of God to a needy world.

However, as Vatican correspondent John Allen observes, Francis’s informal style can also cause problems. Allen points out that on the informal press conference flying back from the Holy Land Pope Francis told the reporters about the upcoming Mass with victims of sexual abuse.

The problem with letting this news slip is that Pope Francis had the dates for the Mass wrong, and there are reasons why this most sensitive of topics should be dealt with more carefully. In the past when Benedict met with victims of sex abuse, the meetings were private. Only after the meetings concluded were the members of the press informed. This was to prevent the meeting being seen as no more than a pre-arranged publicity stunt and to protect the privacy of the victims. The victims would not be paraded before the public. They would only talk to the press and be noticed if they chose to.

In almost every impromptu press conference, personal phone call, informal conversation, and unscheduled event the Pope’s candid and relaxed style has caused confusion, consternation, and bewilderment among the faithful. While Francis’s informal style is refreshing and hints of necessary reform, it is also true that such an informal and often ambiguous method of communication cannot help but erode the more solemn teaching authority of the papacy.

Knowledgable Catholics are aware that there is a difference between a pope’s personal utterances and infallible church teaching. Informed observers understand that formal papal pronouncements and authoritative teaching are a very different matter than a pope’s off-the-cuff comments, personal observations, and private conversations.

Unfortunately, the vast majority of the world’s observers are not aware of these distinctions. When the pope performs a memorable symbolic gesture they remember it and believe it to be authoritative. When the pope speaks informally, in the minds of many, he may as well be speaking infallibly.

I am a supporter of Pope Francis and admire his sacrificial life, his prophetic example, and his desire to bring the gospel to all. His popularity and presence is a great gift to the church. However, his informal style needs to be checked in order not to erode the authority of his office. A pope, like a monarch, should realize that when it comes to public utterances, less is more. Then, when the statement is made, it is all the stronger for coming out of the reserve and distance usually observed by the leader.

Francis best communications are through strong, symbolic, and prophetic gestures. When he kisses a deformed man, washes the feet of the poor, stands silent before the memorial wall of victims of violence, rides in a simple car, and embraces a child his actions speak with the fullness of the gospel of love and his presence produces a witness that is as meaningful and full as life itself.