Should the Isla Vista Shooter Have Been Forced to Take Meds? 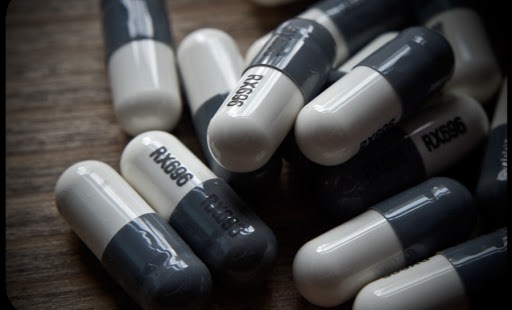 A psychologist explains the physical and moral dangers of mandated medication.

The recent Isla Vista shooting spree has forced a reassessment of how to best treat mental illness in this country. In a previous piece, I presented the arguments for mandating medications for conditions such as severe mental illness. Here, I give several reasons against doing so.

Mandating forced medication for anyone is a dangerous idea. Psychologists and psychiatrists themselves state that predicting future dangerous behavior is difficult, if not impossible. Because these mass shootings are so rare, they are considered by scientists to be “low incidence” events.  Scientific research requires many different events in order to make generalizations.

The FDA approves medication for certain conditions: depression, OCD, etc. To do this. they run studies where one group of people with the condition (e.g. depression) takes the medicine and another group takes a placebo. No one in the experiment knows which group they are in, so one then can determine how many people in the “depressed” group became better.

I don’t see how one could ever scientifically approve a medicine for the risk of future “potential mass murder.” There is no way anyone could put together a group of people at risk and then “treat” them. If anyone knows otherwise,  please tell me.

Decades ago psychiatrist Thomas Szaz wrote a book called “The Myth of Mental Illness.” It continues to be cited in all major textbooks in the psychological field. Its main point is that problems in life are reframed as illnesses. This is done so that professions like psychology and psychiatry can have caseloads of patients with which to work.

Szaz has pointed out that the field of psychiatry has no clear definitions of the various illnesses involved. A person can go to three different psychiatrists in different parts of town and get three different diagnoses. There have been three other editions of the DSM manual,  psychiatry’s  “Bible,” since Szaz wrote his book – another indication that many “illnesses” are being made up as these professions go along their way.

But perhaps the strongest reason to not force people to take medication is the brief but powerful part of the Hippocratic oath: Do No Harm. There are, unfortunately, many side effects of modern medicine that can be hurtful or fatal. Witness deformed thalidomide babies, heart arrhythmias caused by tri-cyclic antidepressants, or even the one in 10,000 people who die when placed under general anesthesia.

There will be harmful side effects if people are forced to take medication against their will. The side effects of the drugs used in treating psychosis can be debilitating. Have you ever seen a person who is shaking with tardive dyskinesia and has their tongue thrusting out? This is a side effect of many of the major psychotropic medicines. Or those with severe memory loss–they have lost part of their soul.

Worse is to have one’s mind and sense of self taken by another and changed. Many fear that this will be a slippery slope and just another way that the government could intrude in everyone’s life. This isn’t fantasy. In the former Soviet Union, forced psychiatric medication  and hospitalization were ways of getting rid of political dissidents. Back in the Nixon years, Martha Mitchell, wife of the Attorney General, was hospitalized for “alcoholism” while she was revealing political crimes. (She was spot-on.)

Catholic moral teaching emphasizes one’s personal freedom and dignity, which should not be hijacked by others. Pope John Paul II wrote a great deal on this topic, especially in his book “Memory and Identity.” He also knew how easily freedoms can be taken away by totalitarian governments. Forced medication is one step in this direction.