The Hard Case From Covenant House 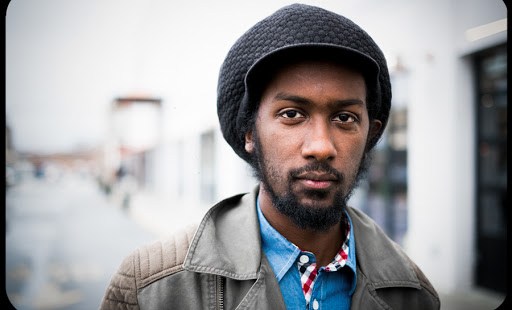 A volunteer makes peace with his limited power to help.

In the Republic, Plato writes that “the beginning is the most important part of any work, especially in the case of a young and tender thing.” Children and young adults are highly impressionable. It is important that they are given proper expectations, morals, and responsibilities to foster their transformation into happy and productive members of society.

Unfortunately, many children are not raised in environments amenable to their personal growth and well-being. Many have encountered abuse, neglect, abandonment and death in their families. Covenant House Michigan realizes that not every child was fortunate enough to receive an upbringing in a stable and supportive situation, and forges new beginnings for these young adults by providing opportunities for vocational and educational advancement and personal growth.

I also realized the importance of beginnings in my first week as a volunteer. I wanted to help, and I knew that making a good first impression was the best way to build a rapport with the young adults. My supervisor, Mr. Johnson, sensed my nervousness and called me into his office one day.

Mr. Johnson was a soft-spoken man, always dressed neatly in a nice shirt and a pair of blue jeans. His voice was a powerful whisper, and my mind often wandered to thoughts of Morgan Freeman whenever he spoke. More than 30 years of experience with youth as a social worker stood behind every word he uttered. I listened attentively, eager to absorb and apply his wisdom.

He told me his life story – how he had discovered his calling, his first job, and the lessons he had learned from his mistakes. One point in particular resonated with me.

“Now Bob, people come into this line of work expecting to save everyone,” he murmured. “But there are some people who don’t want to be saved.”

I couldn’t believe my ears. I wanted and expected to be able to help everyone. Was it really impossible to help those people who refused to help themselves?

I addressed this question while developing my relationship with a boy named Darnell.

Darnell was born with hydrocephalus, and he had mental and physical impairments as a result. His hydrocephalus made it difficult for him to hold a job, especially because Darnell didn’t want to acknowledge his impairment and denied it existed.

Compounding his difficulty as a formerly homeless young adult was his criminal record. He had fallen in with the wrong crowd in the past; his felony made him ineligible for many job opportunities. He became depressed and despairing whenever I mentioned helping him build his resume or work on a job application. Being rejected by so many potential employers had made him hopeless about obtaining employment. In the midst of everything, Darnell expressed his feelings to me on a daily basis, continuously saying “I’m so blessed. God is good.”

Despite his difficulties in finding employment, we found other ways to make progress. I helped him learn to parallel park a car so that he could pass his driver’s test. As I was walking him through the instructions he looked at me and asked, “Bob, how did you learn how to parallel park a car? Did your dad teach you?”

It was a rare outburst of frustration from an otherwise grateful and quiet young man, and it helped me realize how difficult it must have been to grow up without a father, and how much I learned from my own father.