Stop the Premature Talk of Surrender on Same-Sex Marriage 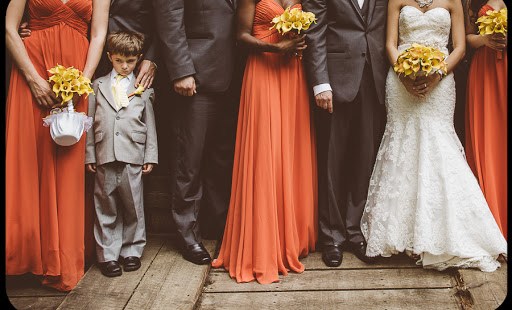 Same-sex marriage will be “inevitable” if you believe that it is.

To hear some commentators talk, America’s struggle over the meaning of marriage is already over, and conservatives have lost. Like latter-day Edgar Allan Poes, they are busily preparing a premature burial for marriage as a male-female union. Conservatives should imitate Poe’s protagonist and refuse to cooperate with this ghoulish enterprise, showing their opponents that they and their cause are very much alive.

Recent suggestions of surrender are noteworthy because they go beyond the now-familiar claims from the left about the “inevitability” of nationally approved same-sex marriage, claims that were always intended as a substitute for actual argument about the proper understanding of marriage. Now, even some voices on the right are speaking of American conservatism’s coming defeat and surrender on the question of marriage.

Calls for capitulation are premature, however, for reasons of both principle and politics.

A Matter of Principle

As a matter of principle, the American right cannot, because of its character and mission, stop making the case for a normative conception of marriage as a union between one man and one woman. Most obviously, to cooperate in treating this historic understanding of marriage as merely optional would be to cooperate in fostering social conditions that are harmful to children.

Defenders of the redefinition of marriage to include same-sex couples often ridicule the idea that such a redefinition could somehow harm existing marriages. They miss the conservative response that society as a whole, by embracing the redefinition of marriage, would be willfully ignoring the fact—well supported by social science over many years—that the family made up of one parent of each sex is the best environment in which to nurture a child. The historic definition of marriage does not prevent homosexuals from living however they want to, but it does reserve society’s formal approval for the type of union that can connect children with both their mom and dad.

It is clear that the argument in favor of same-sex marriage has been pressed primarily, indeed almost exclusively, on the grounds that it is necessary to meet the demands of the individuals who wish to enter into such a union. Yet a society that decides to redefine a fundamental social institution to suit the desires of adults, while barely considering the implications of the redefinition for the well-being of children, can hardly be said to be acting in the best interests of the next generation. It is hard to see how conservatives could in good conscience acquiesce in such a project.

More broadly, the intellectual identity of conservatism—if it is to have any substantive intellectual identity at all—is surely bound up with the need to preserve the essentials of our civilization as we have inherited them, and in particular to preserve them against the corrosive influence of dogmatically egalitarian ideology. The movement in favor of same-sex marriage, however, is clearly one manifestation of just such an ideology: it insists on a certain kind of equality, even at the cost of redefining an institution that has been central to human flourishing, the character of which very few people would have admitted to be problematic until just a few years ago.

Indeed, it is hard to see why such a spirit should stop at redefining marriage and still bow with reverence before other received ideas that also might offend against a doctrinaire equality—ideas such as private property, the obligation of contracts, or freedom of religion. And it is equally hard to see how a conservatism that chose to capitulate to the redefinition of marriage could find the intellectual resources or the courage to defend these other principles once they come under sustained egalitarian attack.