The Next William F. Buckley 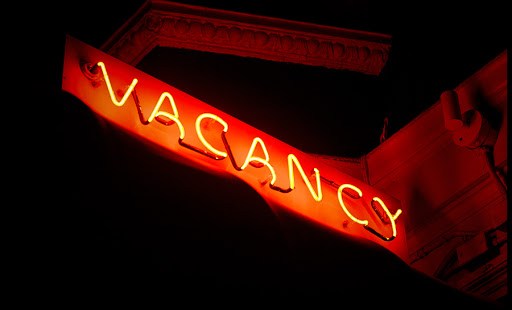 There are no longer any real Catholic public intellectuals.

It could be due to the usual suspects: the dumbing down of culture. The partisanship of politics and cable television, which doesn’t make time for erudition and deep penetration into an issue. The dominance of secularism.

These men were Catholic public intellectuals: they created popular magazines, hosted TV shows, wrote both fiction and nonfiction books. Their prose was literary, and they wrote about a variety of topics.

They were also able — indeed, eager — to engage the larger culture with something other than bromides. A few months ago James Poulos wrote an insightful piece about how conservative journalists are always reducing things to their pet hobbyhorses. He used the example of Ben Shapiro, a budding right-wing star who blames the death of Philip Seymour Hoffman on Hollywood liberalism.

Interpreting Hoffman’s death as primarily ideological news prevents anyone — even a credentialed member of the intellectual elite like Shapiro — from undertaking a soulful reflection on fame, genius, addiction, or death — in short, on our humanity. How would Socrates have thought about Hoffman’s death? Rather than setting out to clobber his political foes and their “lifestyle,” he might have turned our attention to where his always focused: how we choose to die. For Socrates, the puzzle of politics and “ideology” could not be unraveled without understanding what ruled human souls.

Of course William F. Buckley and Richard Neuhaus would have had some biting things to say about Hollywood. But they would also go deeper and attempt to discover not the obvious thing to say about Hoffman’s death is, but also the wise insight. I’m not sure there are many Catholics in the public eye about whom you could say the same thing.

These days, it seems that there are two ways to be a Catholic and get in front of a popular audience. One, you can come up through the system of good schools and foundations and have a spotless record. Such people are often fine examples of moral behavior, but they also lack the humor and lived experience that can connect with broader audiences. Remember, Richard John Neuhaus dropped out of school at sixteen to run a gas station in Texas. William F. Buckley rode a scooter around Manhattan and was not afraid to get into a verbal street fight with Gore Vidal. I’m sorry, but
complaining of long hours from your job at the White House is not exactly living with lepers.

The second way to be a Catholic public intellectual these days is to be loud and abrasive — the Sean Hannitization of Catholicism. This is somewhat a product of the success the Right has had in creating it’s own media over the last ten years. Because liberals controlled the media for so many decades, the digital revolution was an intoxicating rush for many on the Right. All of a sudden, if a liberal journalist told a lie, it could be instantly rebutted on the web. Suddenly, we could interview our own heroes, and write our own stories. Yet because there was more money and hits to be had in boxing with the left rather than from introspection or producing artful long-form journalism, we had a glut of right-wing books and media attacking the left. Stars were made out of young right-wingers because of their skill in humiliating the left, not necessarily for their insight.

Liberals are for higher taxes, identity politics, abortion, gun control, and sexual decadence. These are things that should be opposed, indeed it is crucial and even fun to oppose them, but at some point the Catholic media is going to have to offer more. In his omnibus
Athwart History, William F. Buckley writes about politics, of course. But he also writes about sailing, Beethoven, “what to do about sloppy dress,” the role of beauty in politics, skiing, rock and roll, and Catholicism. He did profiles of Malcolm Muggeridge, David Niven, John Dos Passos, Evelyn Waugh, Churchill, and Princess Grace, among others. Buckley could also push back against his own side, as when he criticizes Ann Coulter for what he saw as her excessive defense of Joseph McCarthy.

Several weeks ago, I came across a breathtaking
poem,
Every Riven Thing by Chris Wiman. Wiman is a Christian who was treated for cancer, and his poem is about God being everywhere, including the broken places in this world. It is a great work. I’m an amateur filmmaker, and wanted to do a short film shot in black and white at St. Matthews Cathedral in Washington, with a professional actor reciting the poem. The point was just to create a nice piece of art, a redemptive contemplation on finding God in our struggles. When I talked to some Catholics about it (including if there were any Catholic groups or foundations that might want to help hire the actor and host the video), many didn’t get it. All said no. Aren’t the secular Hollywood and New York liberals the ones who do that stuff?

William F. Buckley would have gotten it. As would Richard John Neuhaus. It has been years after their deaths and we’re still far from replacing them.

Mark Judge, a journalist and filmmaker, is the author of Damn Senators: My Grandfather and the Story of Washington’s Only World Series Championship and A Tremor of Bliss: Sex, Catholicism, and Rock ‘n’ Roll.