Cooperative Firms in a Competitive Market 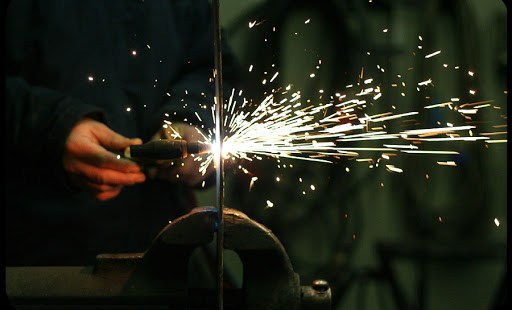 He was right, of course, provided the job is a good one that pays a decent wage.

Unfortunately, good jobs are hard to find in the United States these days. This is particularly true in manufacturing. In 1970, when the American workers numbered around 100 million, 27 percent were employed in the manufacturing sector. Today, with a labor force of 150 million that percentage is a little over 10 percent.

Real wages have stagnated, too, despite gains in productivity, defined as the average measure of labor efficiency in production. Between 1973 and 2011, productivity rose by 80 percent, while median hourly compensation rose by only 11 percent. During the same period, the purchasing power of a dollar fell by 80 percent so that a dollar in 2011 was only worth the equivalent of two 1973 dimes. Those of us fortunate enough to be working are doing so harder and smarter only to earn lower wages in a more expensive economy. No wonder the dream our parents lived, to buy a house and send kids to college on one income, seems so out of reach.

Today, pace Reagan, it may be that the best social program is a small, sustainable business of one’s own. But the capital barriers to small business formation, especially sole proprietorships, remain formidable, even for those with demonstrated skills or experience. So some are turning to the next best thing: worker cooperatives.

The cooperative business model, in which workers own the firm, share in its profit, and democratically make decisions about its direction, accounts for some 350 firms in the United States, according to the US Federation of Worker Cooperatives. That’s a drop in the bucket considering there are over 7 million businesses in the US. But for those involved, participation in a cooperative can generate income and assets, the pillars of a dignified work life, and even provide a proving ground for developing the skills needed to strike out on one’s own.

One example is Independent Fabrication, a manufacturer of high-end bicycles in southern New Hampshire. Formed in 1994, it is owned and operated by former employees of another, defunct bike company. Isthmus Engineering and Manufacturing, in Madison, WI, is in the business of automation solutions and equipment. It was started as a worker cooperative in 1980 and today has nearly 50 worker-owners. A few firms, such as Real Pickles, have even converted to the cooperative business model from other, more traditional forms of organization.

Worker cooperatives can also be engines for community development, particularly in low-income, economically distressed areas with concentrations of low-skilled workers. One example is the Wellspring Upholstery Cooperative (WUC), in Springfield, MA, started late last year by Evan Cohen, a master upholsterer with 40 years’ experience. WUC bills itself as a full-service upholstery business targeting commercial and institutional customers. WUC currently has six owner-employees and hopes to double that number in the next five years.

Another is the Evergreen Cooperatives, in Cleveland, OH. Evergreen consists of three companies, each owned by its workers. Green City Growers is a 3.25-acre hydroponic greenhouse that supplies lettuce and herbs to institutions and the public. Evergreen Laundry is a state-of-the-art commercial laundry serving the institutional market. Evergreen Energy Solutions installs PV solar arrays for institutional, government and commercial customers. Each Evergreen firm relies on previously low-skilled labor from inner city Cleveland. New employees gain marketable, professional skills and their ownership stake rises the longer they remain employed.