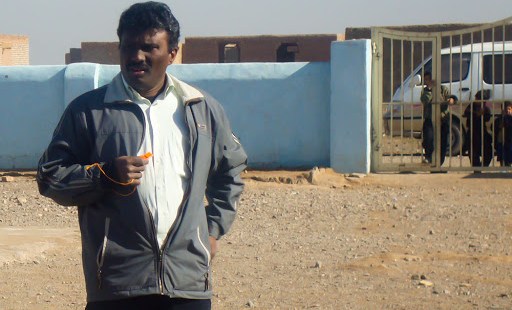 Vatican Radio is reporting that Afghan forces have arrested a man in connection with the abduction of Father Alexis Prem Kumar. It says the kidnapped Indian Jesuit has been located in the Gilan district of Herat, Afghanistan.

According to the Hindustan Times, Father Kumar, 47, country head of Jesuit Refugee Services, was kidnapped on Monday by six gunmen from Zenda Jan district in Heart province.

The abduction came nearly 10 days after an attack on the Indian consulate in Herat by four heavily-armed gunmen carrying rocket-propelled grenades and machine guns. On May 29, the Indian mission in Herat had issued an advisory asking its nationals to exercise extreme caution while venturing out.

"We are deeply shocked by Prem’s abduction. We are in contact with all the relevant authorities and doing everything possible to ensure his safe and speedy return. Meanwhile, our prayers are with Prem and his family and friends at this difficult time," said Jesuit Father Peter Balleis, International Director of the NGO working for refugees around the world.

JRS said that Father Kumar had accompanied teachers on a visit to a JRS-supported school for the returnee refugees in Sohadat township, half an hour from the city of Herat. He was kidnapped from the school as he was about to return to Herat.

Before moving to Afghanistan four years ago, Father Kumar had worked for JRS, serving Sri Lankan refugees living in the southern Indian state of Tamil Nadu.