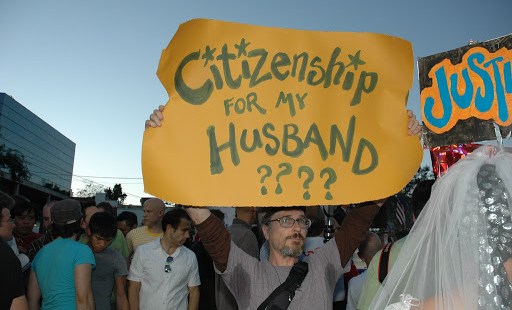 Group posing as Catholic received most of its operational budget from Tim Gill.

The Catholics United Education Fund, a Democrat-leaning advocacy group which began criticizing Church opposition to same-sex “marriage” in 2012, received most of its operational budget that year from a gay activist foundation run by influential multi-millionaire Tim Gill.

“I would say it is very obvious that Mr. Gill does not agree with the Catholic Church and Her teachings on the issues of homosexuality and marriage,” Jennifer Kraska, executive director of the Colorado Catholic Conference, told CNA May 29.

“His attitude toward the Church on these issues is definitely one of extreme disagreement.”

Tax forms show the Colorado-based Gill Foundation made a $100,000 grant to the Catholics United Education Fund in 2012 for “general operating support.” The Catholics United Education Fund’s tax forms show that its entire revenue for that year totaled $111,819. The Gill Foundation’s 2012 annual report lists the education fund grant in its “communications projects” section.

At a 2008 meeting of the Democratic National Convention’s LGBT Caucus, Gill told delegates from around the U.S. to target their political donations to where they will most likely change the outcome of elections, at the state or local level, in order to stop the careers of their political opponents at an early stage.

He urged activism to ensure Democratic control of state legislatures and to win “the battle for the soul of the Republican Party.”

Gill’s targeted spending and alliance-building work have been credited with helping change the political landscape in his home state of Colorado, in addition to several other states. He has also backed “gay marriage” advocacy across the U.S.

Kraska told CNA that Gill is a “culture warrior” in the sense that “he has a very clearly stated goal to change culture to become accepting of gays and lesbians and he is using his power, influence and money to enact that cultural change.”

She said that the acceptance of the grant gives the perception that Catholics United “shares a common goal with the Gill Foundation and does not have any issues with positions and activities the Gill Foundation is involved with that are in direct contradiction to the teachings of the Church.”

“Likewise I would find it hard to believe that the Gill Foundation would give that much money to an organization that was operating with goals and objectives completely contrary to their own.”

Catholics United had largely avoided openly challenging Church teaching on marriage until October 2012, when it attacked the Knights of Columbus, a Catholic fraternal organization, for supporting ballot measures to defend the legal definition of marriage as a union of one man and one woman.

Catholics United claimed the Knights of Columbus, which has 1.8 million members in 14,000 councils worldwide, was funding a “far-right political agenda” against “marriage equality.”

However, the Knights have been following the lead of the Catholic bishops, including their Supreme Chaplain Archbishop William E. Lori of Baltimore, who specifically urged the defense of marriage in a November 2012 essay in Columbia magazine. In an August 2013 message, Pope Francis invited the Knights of Columbus “to bear witness to the authentic nature of marriage and the family.”

“The main thing to know about Catholics United is that they have a history of taking and advocating for positions that are direct contradiction to the bishops and Church teaching,” Kraska told CNA.