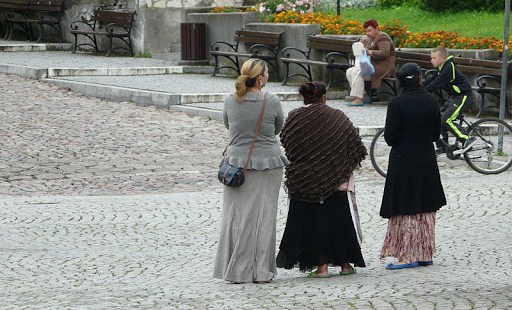 Pontiff urges listeners to be ‘welcoming and joyful face of the Church.’

Vatican City, 5 June 2014 (VIS) – “New civil, cultural and social approaches, and a new pastoral strategy for the Church” against “modern forms of persecution, oppression and slavery” are necessary to face the situation of gypsies throughout the world, said Pope Francis during this morning’s audience with the participants in the meeting “The Church and gypsies: proclaiming the Gospel in the peripheries.”

The theme of the meeting, organized by the Pontifical Council for the Pastoral Care of Migrants and Itinerant Peoples, involves “the memory of a relationship, that between the ecclesiastical community and the gypsy population, the history of a journey to get to know each other, to encounter one another; and then the challenge for today, a challenge that regards both ordinary pastoral care and new evangelization,” Francis said.

He commented that often gypsies find themselves on the margins of society, “and at times are looked upon with hostility and suspicion; they are rarely involved in the political, economic and social dynamics of the country.” He continued, “We know that it is a complex reality, but certainly the gypsy population is also required to contribute to the common good, and this is possible with adequate itineraries of co-responsibility, the observance of duties and the promotion of the rights of every person.”

He observed that among the causes of misery among various sectors of the population there are factors such as “a lack of educational structures for cultural and professional formation, the difficulty of access to healthcare, discrimination in the employment market and a lack of decent accommodation.” He added that while these social ills affect everyone, “the weakest groups are those who most easily become victims of new forms of slavery. Indeed, the least protected are those who fall into the trap of abuse, forced begging and other forms of abuse. Gypsies are among the most vulnerable, especially those who receive no help in relation to integration or the promotion of the person in the various dimensions of civil life.”

The care of the Church is relevant here: “Indeed, the Gospel is the proclamation of joy for all and especially for the weakest and most marginalized. We are called upon to ensure our closeness and solidarity to these people, following the example of Jesus Christ, who demonstrated His Father’s predilection for them.” However, alongside this united action in favor of the gypsy population, there needs to be “commitment on the part of local and national institutions and the support of the international community, to identify projects and action for improving quality of life.”

The Holy Father concluded by urging the Pontifical Council to continue in its task and not to be discouraged: “May gypsies find in you brothers and sisters who love them with the same love that Christ had for the marginalized. Be, for them, the welcoming and joyful face of the Church.”