Virtual Reality and the Oculus Rift 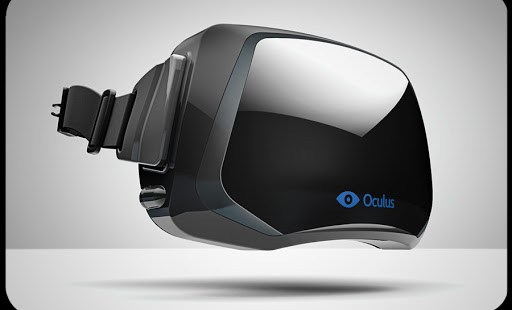 They are headed your way–sooner than you think.

Technology that we wear, glasses that transpose information on our surroundings, headsets that immerse us in new virtual spaces–multiple new wearable smart devices are set to be released soon. A few have already been released to developers and early adopters. And you’re going to have to make some choices about the types of wearable smart devices you embrace, or not. You want to be smart about your decisions by paying close attention to some key issues about wearable tech.

For starters, you’ve likely heard of the Oculus Rift by now. For the uninitiated, it’s the super popular virtual reality headset that is set to change how we work and play. For those who have tried VR-immersive technologies in the past and have gone away underwhelmed, or, like me, tired of the nausea that it invariably induces, the new Oculus Rift changes all that. To get the most out of reading this, you ought first to watch this three minute clip.

That clip went viral with over 2.3 million views, and there are a number of similar home videos making the rounds – from folks getting so immersed in the VR experience that they lose a sense of balance and need someone behind them to hold them up, to other elderly folks and even two-year olds getting in on the Rift experience.

The Rift itself is a very recent development. In 2011, a homeschooled, then-18 year old Palmer Luckey hacked together components from other VR headsets in his Southern California basement. He did so because he was greatly dissatisfied with the more than 50 virtual headsets he owned, which incidentally, also contributed to his claim of its being the largest private collection in the world. By 2012, Luckey’s updates and posts about his Rift gained popularity on the 3D gaming forum "Meant To Be Seen."

One of those fascinated forum members was none other than John Carmack, founder of id Software, the studio that came up with the genre-defining games "Wolfenstein 3D", "Doom," and "Quake." Carmack obtained a prototype of the Rift unit from Luckey and proceeded to show it around at the E3 video gaming conference. That year, possibly solely because of the Rift, the subject of VR headgear was resurrected and became a hot topic of conversation once again.

From that moment forward, the story of the Rift (and correspondingly, the idea of practicable VR headgear) gained incredible momentum. It accelerated when Oculus decided to launch a Kickstarter campaign that promised fully assembled Rift units to anyone who pledged $300 or more. (Luckey needn’t have worried about his $250,000 funding threshold not being met.)

Within hours of his Kickstarter campaign going live, the pledges were at $2.4 million. (It was reportedly selling at four to five units per minute in the first day alone.) If nothing else, this public commitment alone reveals a vibrant and widespread interest in the virtual reality experience.

Riding the crest of a new wave of optimism about virtual reality, Oculus showcased an HD version of the Rift at the 2013 E3 Conference. Then, in early 2014, increasingly more advanced units of the Rift were revealed, first at CES in January and again at the Game Developers Conference in March. March marked yet another momentous occasion for the Rift when it was announced that Facebook purchased it for $2 billion. That’s $2billion for a VR headset technology that is still in development and hasn’t even hit the store shelves yet.

At the announcement of the acquisition, Mark Zuckerberg was quoted as saying: “Imagine enjoying a courtside seat at a game, studying in a classroom of students and teachers all over the world, or consulting with a doctor face-to-face—just by putting on goggles in your home.” Notice, there is no mention of using VR for online social networking.