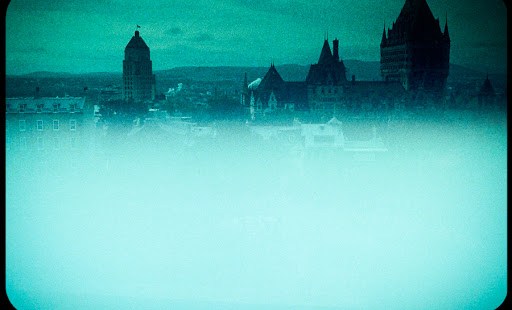 The formerly Catholic country has become too “modernized.”

Who remembers when Quebec used to be just about the most Catholic place in the whole world?

The Canadian province abounded in large families (the Quebecois were not great fans of contraception), and it produced a tremendous numbers of priests and nuns — so many that they were not all needed for domestic use; and thus many of them were exported to New England, where workers from Quebec had migrated to escape the traditional poverty of their native land, working in the factories of New England. These priests and nuns staffed the Francophone parishes and parochial schools of New England. Thanks largely to them, the Quebec immigrants and their descendents were able to retain not only their Catholic faith but their French language and much of their Quebec culture.

For a very long time not just Quebec but what may be called Quebec-in-exile (the old mill towns of New England — e.g., Lewiston, Manchester, Haverhill, Fall River, Woonsocket, Pawtucket) remained solidly wedded to Catholicism.  It was impossible to think of Quebec apart from Catholicism.

Well, the other day the once-Catholic province of Quebec enacted a euthanasia law. This is not a so-called “physician-assisted suicide” law, like laws they have in the states of Oregon and Washington. These U.S. laws allow physicians in certain circumstances to provide a lethal overdose for persons who wish to die. But the patient/victim has to do the homicidal deed himself. The doctor may prescribe the dose, but the doctor cannot administer it; the patient must do that. And so these are suicide laws, not euthanasia laws — although, it must be conceded, the suicide in question is only a step or two away from euthanasia.

But Quebec has taken these last few steps. A euthanasia law was enacted on June 5 by the Quebec National Assembly. (It is really a provincial assembly, just like the legislative assemblies of all the other provinces of Canada; but it is called “national” on the theory that Quebec, while part of the Canadian Confederation, is a distinct nation and that the people of Quebec, or at least the Francophones of Quebec, possess a distinct nationality. The idea is that Quebec is a nation that does not yet have its own nation-state — a situation that the “sovereigntists” of Quebec hope eventually to correct by separating Quebec from Canada and declaring independence.) The new law allows physicians in certain circumstances not just to prescribe the lethal dose but to administer it.

How and why did this great change happen? How did Quebec, the most Catholic place in the world, become so un-Catholic as to give legal sanction to murder? It’s a long story, one not easily told by somebody who, like me, is non-Canadian and non-Quebecois. But let me try.

If I had enough space here, I’d begin the story in 1759, when the British defeated the French in the Battle of Quebec, and took control of what had up till then been called New France. But let’s skip over the next 200 years or so. In the decades following World War II a “quiet revolution” took place in Quebec. The relatively impoverished province rapidly became more modernized, more industrialized, more prosperous, and more secularized. Quebec nationalism, which had flourished since 1759, had hitherto always been inseparably identified with Quebec Catholicism.