Would You Kill to Be an OB-GYN? 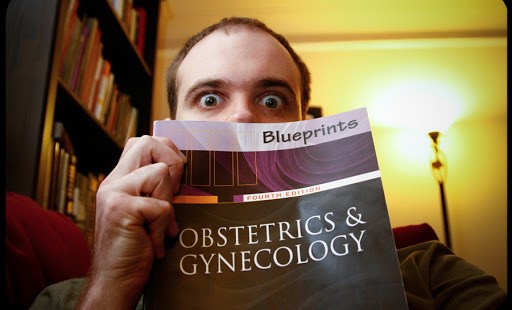 New threats to healthcare conscience rights in the U.K. and U.S.

The cost of a diploma in reproductive health in the UK? The willingness to end a human life.

For a physician, obtaining certification used to mean the successful comprehension and completion of training in life-saving skills. For patients, the diploma meant that the physician treating you was competent, and you could trust your life to their judgment and character.

Not so now in the U.K. As of last month, the Royal College of Obstetrics and Gynecology (RCOG) made the willingness to end human life a requirement for receiving the diploma in Sexual and Reproductive Health, a diploma necessary for physicians to practice in the field.

In a twisted reversal of meaning, the RCOG has made a way for the public to identify physicians who have no conscience qualms about ending the lives of embryonic or fetal human beings, and who are not constrained by the Hippocratic Oath. Instead of being a mark of honor, receiving a diploma in Sexual and Reproductive Health is now a badge of shame.

Why this official repudiation of the Hippocratic Oath? The Hippocratic Oath stands as a reminder to both practitioners and patients that a doctor has taken a sacred vow to always act in the best interests of his or her patient. This sacred doctor-patient relationship is the reason patients could trust their doctors. Without this understanding of the doctor-patient relationship, doctors become some of the most dangerous people in society, because they know how to effectively cure, and also understand how to effectively kill people. When the doctor’s primary goal becomes carrying out the desires of the state, instead of protecting their patient, well … we’ve done that experiment already.

What does the Hippocratic Oath have to do with sexual and reproductive health? Obstetricians and Gynecologists are in a unique specialty which deals with the intertwined lives of two patients: the mother and her unborn child within her, from the moment of fertilization. When the sperm and egg meet, and their cell membranes fuse, from that moment, neither the sperm nor the egg exist any longer. What does exist is a new human being, now within the fallopian tube of her or his mother. We were all there once. We were all one-celled embryos who then went through all the stages of human development: embryo-fetus-infant-child-teen-adult.

And therein lies the crux of the issue. There are three so-called “contraceptives” which act to deliberately end the life of an embryo, by preventing the living embryo from implanting in the mother’s womb: the IUD, Ella (Ella-One/ Ulipristal) and Plan B. All are used as “emergency contraceptives.” The IUD and Ella act most of the time by killing a human embryo. Plan B sometimes does so. And that violates a conscientious doctor’s oath, because both the mother and the embryo are our patients.

Ironically, by requiring physicians to violate the Hippocratic Oath in order to get a certificate in Sexual and Reproductive Health, the RCOG has made it clear that physicians who take their oath seriously, and who will not do any harm to their patients need not apply.