Keeper of the Queen’s Conscience, and Ours 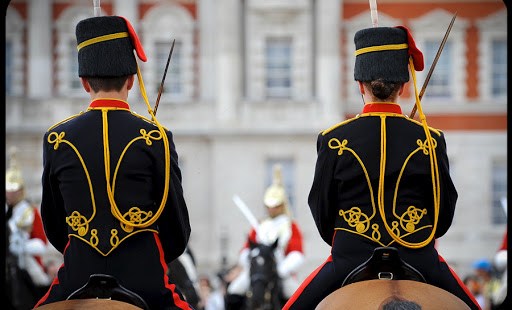 We need to reclaim our consciences from this culture of post-modern relativism.

This last week was distinguished in London by the pageantry and splendor of the State Opening of Parliament by Her Majesty, Queen Elizabeth. The elaborate ceremonial of this event marks the formal opening of the Parliamentary year with a speech setting out her government’s legislative intent. It is the only time when all three constituent elements of Parliament come together — namely the Sovereign, the House of Lords and the House of Commons.

The elaborate ritual, replete with the Guards regiments on parade, horse drawn carriages, the Queen wearing her Imperial State Crown, the scarlet and ermine-clad Lords, bewigged judges and prelates of the Church of England can be traced back to the fourteenth century and beyond. But, in its current form, it is a Victorian creation from 1852 when the Palace of Westminster was rebuilt after a terrible fire in 1834. The Queen even travels from Buckingham Palace in the same carriage (the Irish State Coach) that Queen Victoria first used to Open Parliament then.

However, the Mass in Westminster Abbey (which once preceded the event) has not featured since 1679, when Charles II feared assassination. This risk was made all too clear by the infamous Gunpowder Plot of Guy Fawkes in 1605, on account of which the Yeomen of the Guard have searched the cellars of the Palace of Westminster the night before the State Opening ever since.

Added poignancy this year was given by the fact that, in the same week, King Juan Carlos of Spain was the latest European monarch to abdicate, following only months after Queen Beatrix of the Netherlands, King Albert II of Belgium, and, of course, in a different category, Pope Benedict XVI.

Queen Elizabeth, by contrast, shows no sign of even considering such an action, preferring that the transfer of responsibilities should be strictly constitutional, or as one mischievous commentator put it, “over my dead body.”

In addition to her Coronation Oath, on the prior occasion of her twenty-first birthday, Her Majesty made a very specific promise, in a broadcast to the Commonwealth, which implicitly excludes this option. She stated then that, “I declare before you all, that my whole life, whether it be long or short, shall be devoted to your service.” Such a level of commitment reflects her deep sense of duty, rooted in a strong Christian faith and her consequent sense of true vocation to be Sovereign, anointed and called by God to the service of her people for life.

In one of the many richly symbolic moments of her coronation in 1953, she was presented with the Coronation Ring (taken into exile by James II and returned in the will of the last Stuart, Cardinal York, to George III) “the Ring of Kingly Dignity, and the Seal of Catholic Faith” and the bond it symbolizes between the Sovereign and her Realm is one for God alone to sunder.

To live out an entire life in submission to this sense of vocation requires a confident and proper exercise of personal responsibility that ultimately rests in a well formed conscience. During the State Opening a prominent role is given to the Lord Chancellor who formally hands the Gracious Speech (which is actually written by her government) to the Queen to read. One of the historic titles of this senior figure, by virtue of an earlier historic judicial role in dispensing equity, is “Keeper of the Queen’s Conscience.”

One of the features of ceremonial is that it can serve to remind us of important things without having to rely on the whims and fancies of current or individual fashion, and conscience is a concept that is at risk, in our age, of being badly overlooked. Not only with regard to the moral quality possessed by our personal decisions, but also one’s position and responsibility before God, which inherently repudiates the modern temptation to assert absolute moral autonomy.