Pope Francis to Mark Centenary of World War I 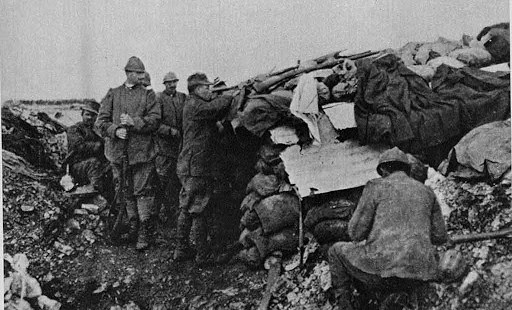 Pontiff tells Carabinieri he will pray for all war dead at military shrine visit in September.

(Vatican Radio) Pope Francis has announced that he will mark the centenary of the beginning of the First World War Sept. 13 by going to the military shrine of Redipugliais, in the Italian province of Gorizia, to pray for those who have died in all wars. He made the announcement on Friday, when he met nearly 50,000 members of Italy’s Carabinieri national military police force, who are marking the bicentennial  of their founding.

The Carabinieri were founded before the unification of Italy, in the Kingdom of Sardinia.  They played a leading role when the Sardinian King Victor Emanuel II unified the country in the middle of the 19th century. Today, they police both the military and civilian populations.

After a  Mass celebrated by the Military Ordinary of Italy, Archbishop Santo Marcianò, Pope Francis appeared and offered his greetings, stating that between police and people, there is a link of “solidarity, trust, and dedication.”

After noting the presence of  Carabinieri even in the remotest parts of Italy, the Holy Father told them they are called to serve the people of Italy.

“This extensive presence calls you to participate in the life of the community in which you are placed, trying to be close to the problems of the people, especially the weakest and those most in need,” Pope Francis said. “Your vocation is service.”

He said this duty requires constant availability, patience, self-sacrifice, and sense of duty. He offered as an example of Salvo D’Acquisto, who offered his life during World War II to save a group of civilians from Nazi brutality in the town of Palidoro, just outside of Rome.

Pope Francis also spoke about the peacekeeping work the Carabinieri perform outside Italy.

“You endeavor to be builders of peace;  to guarantee security, the respect for human dignity, and human rights in countries troubled by conflict and tensions of every kind,” he said.